— IN CONVERSATION WITH MARA PALENA 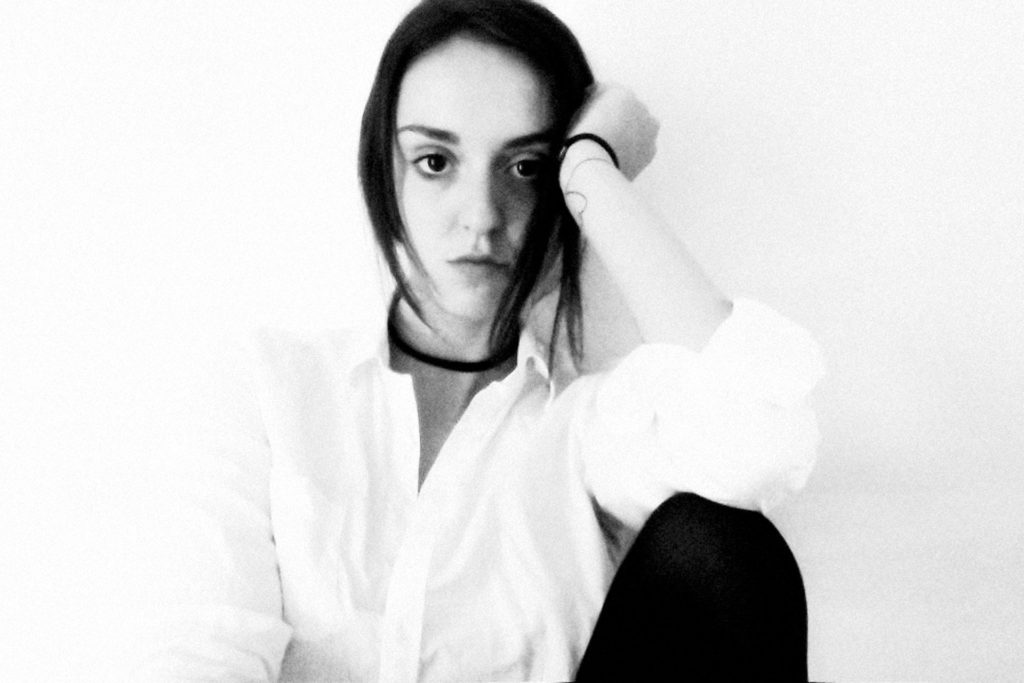 Mara Palena is a young and talented photographer working between Milan and London. Her flawless and sharp style finds its starting point in the photo shoot and wanders over limits and boundaries, exploring them to find a physical form through collage, matching with written word, video and installation. A photographer we will for sure hear about and whose path will be one to keep watching.

How do you think you can fully express yourself?

I think I can fully express myself through unrest. I try to explain myself better… I’m not sure we can fully express ourselves, it would be too easy and satisfaction would lead us to an “end”, to the closing of a research and a kind of personal death. Unrest is the engine that keeps pushing me to do what I do, the need to not stop and continue asking questions that keep your life quest going. In my case, since ever, I do that through different means: photography, graphic design, video and dance.

I would say a spiral. It fascinates me because it entails opposite meanings and contradictions.
I think it represents me, being an ever-changing symbol which is tied both to death and rebirth.

Matter is everything which is physical, having a mass, being perceptible through touch, having a shape, being destructible and divisible. Without matter, there would only be time, energy and perception. Definitely a frenzy. For me, Matter is the element that touches reality or better still the only element that makes us perceive reality as objective.

This is the most difficult question. To subvert and disobey has always intrigued me but nowadays there is no such fun in that since we are apparently free, at least in western society. In a society which has less rules than in the past we anyway find ourselves facing some atavistic dynamics influenced by a cultural heritage we are dragging since generations. I would like we could start a “system update” in people’s mind and there I would install a new theory on the crossing of gender identity and I would dismantle all rules of adult love relationships imposed by our society. After that, if I could have access to all TV programmings, I would like to erase all current programs and show “Blob” on every channel, this would be a dream…

I won’t talk of a most successful project, but at the moment the project I love the most is Oikeiôsis, Study of Introspection, a photo project I started many years ago centred on psychological introspection. The project will be presented for the first time in January 2020, curated by Twenty14. Many other projects aimed at the exploration of human emotionality and the inner world developed from Oikeiôsis. I have many passions that move among cinema, music, dance and art and every one influences me a lot while I’m designing a new project. I daily document my experiences through videos and images and I analyse it afterwards following a concept, a sort of psychotherapy of images.

Why did you choose photography?

Since I was I child I’ve always been taking pictures of everything around me, it is a part of myself since ever, I never asked myself why, I’m “trapped” in this process which is a part of me since my childhood. I always felt the need to impress a memory and have it with me, always available, as if it could be possible to live it again in the present and in the future. Simply, this is a way to defeat time, to immobilize it, but for now it has been a way fro me to analyse and investigate.

You shoot with an analogue camera and use collage, which is a kind of display that goes further classic print concept. Can you tell more about this?

My work develops in different phases, following the shoot moment. I almost always shoot unconditionally. I was born with analogue photography, in my family we were used to take pictures of the architecture of the cities we visited and of friends, to keep the memory of them. Everything was born this way, and until now I continue to use this process because it belongs to me. The immediacy of digital photography won’t leave the time for me to think, change my ideas and build them. The wait for the film development is a fundamental process for me, it changes the objective and collaborates to the project. The passion for cinema influenced the manipulation of the photographic language in the creation of narrative sequences and the manual interventions that give “life” to the image, this is how I started to work on series and create collages. The passion for fanzines and music and fashion magazines pushed me to realise not only photographs but also posters, flyers, graphics and this is how the experimentation in different directions started.

Which is your approach on this and how did this will to “go beyond” started?

The shoot is always driven by impulse, selection instead comes from the analysis of a topic tied to a research, many times an introspective one. The will to go beyond comes from the quest for truth, from the desperate need to grab the sense of life, the understanding of the world, the human condition and the unknown. Everything is in relation with the desire to also know yourself; in the end, a real mess!

EMDR and Considerations on Psyche are two of your last projects, would you like to tell me something about it?

EMDR is one of the last projects I’m working on, it comes from the will to describe through images and videos the process of desensitisation and re-elaboration psycho-therapy through eye movements. It’s a work on trauma, its consequences and its defeat. The therapy, which is relatively recent, is applied to the treatment of trauma and post traumatic disorders. Videos and images represent the therapy procedure and the patient perceptions. During the therapy the person undergoes a process which is almost a “personality split” in different time phases, it is as if the patient could provide aid to him/herself in the past, to come back to the present and imagine him/herself in the future. It’s a work that fascinates me very much, how an individual can dialogue with him/herself consciously, through imagination, but also unconsciously through the bilateral stimulation of the hemispheres that create a kind of awake REM phase.
Considerations on Psyche, on the contrary, is to be defined as a photographic exercise. Starting from the belief that photography can steal the soul of people, the series investigates the potential of photographic language, posing a doubt on the entire image that becomes abstract. The discontinuity among the shadows creates a new universe where the subject portrayed in the picture loses his/her shape leaving the space for what is happening around, behind and far from him/her.

Tell me about a contemporary artist and a designer you find important and why.

Many artists influenced my work, very different from one another. To mention only a few: Joseph Beuys, Bruce Nauman, Bill Viola, Michel Auder, Jonas Mekas, Vito Acconci, Yvonne Rainer, Gina Pane… I don’t think I could choose one in particular among them. I’m attracted to artists that explore the interior world and document obsessively every moment of reality such as Jonas Mekas and Michel Auder. I’m fascinated by works that have a visionary character such as Bill Viola’s pieces, artists that use their own body and the relationship with space, putting into question basic concepts and stimulating logics such as Vito Acconci and Bruce Nauman. And last but not least I’m attracted to people that push themselves towards their limits, like Gina Pane in her work about pain and so on… Lately I fell in love with the work of Katalin Ladik, a Hungarian poet, actress and performance artist. The choreographer Anne Teresa De Keersmaeker and her contemporary dance company Rosas constantly influence my research; the use of space, costumes, gestures and the repetitions in their choreographies have many common points with my own research. A designer I follow is Peter Saville, his artworks for Joy Division influence every designer also today.

At the moment I’m opening with my brother Lino a photo studio and atelier. From an old fabric flowers factory will raise our new studio, FIORIARTIFICIALI (hyperlink https://fiori-artificiali.it/).
Another project I feel very close to and I’m developing with curators Matilde Scaramellini and Elena Vaninetti is Identity, an analogue photography workshop dedicated to middle school students living in Milan outskirts. We already had three meetings and we realized a fanzine for every neighbourhood, completely created out of the images they shot, without any external influence. Working with them has been a priceless experience, new generations are constantly bombarded with images and they have a surprising photographic eye and analysis ability. A little childhood dream is to open an art institute that could completely eradicate the school structure we know, based on different disciplines. It’s an ambitious project, maybe too much, but I would like that all visual arts could interact among themselves and that the students could find their own voice in different fields, crossing their limits.

Mara Palena was born in 1988. She lives and works between Milan and London as a photographer, film-maker and graphic designer. Her aesthetics has been influenced by her education in the fashion industry, where she worked with the most important stylists, but at the same time this represented a passage to get closer to something different.
Through the use of photography she studies the theme of memory and identity. Her work almost always has an installation nature and explores the use of different media. Her works have been on view in different group shows and in 2016 her first solo show has been hosted by Twenty14. Her work has been selected and displayed during LA Photomonth 2017 at Lucie Foundation Los Angeles. 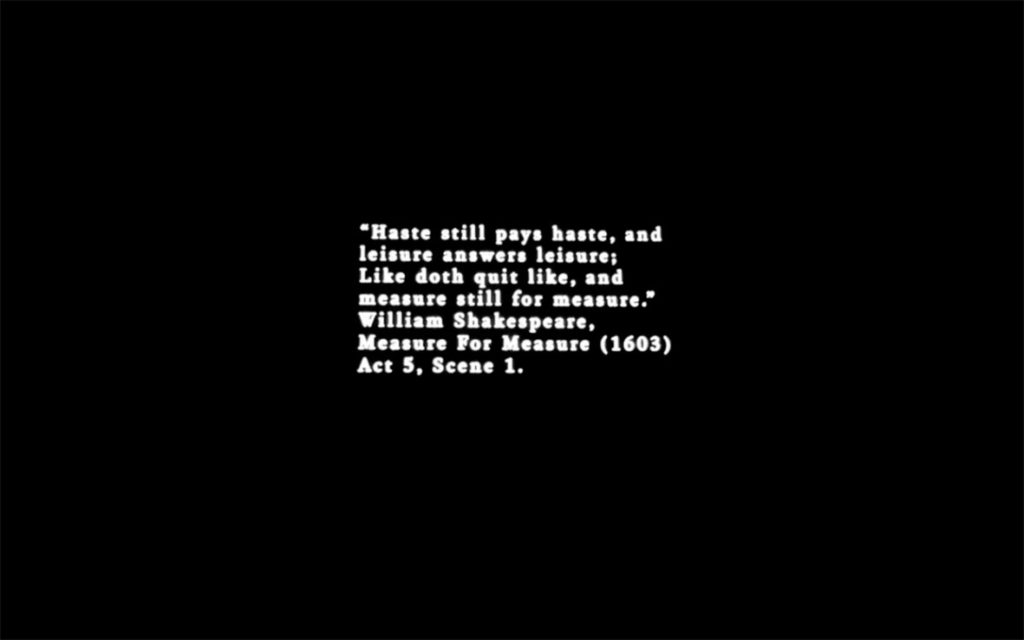 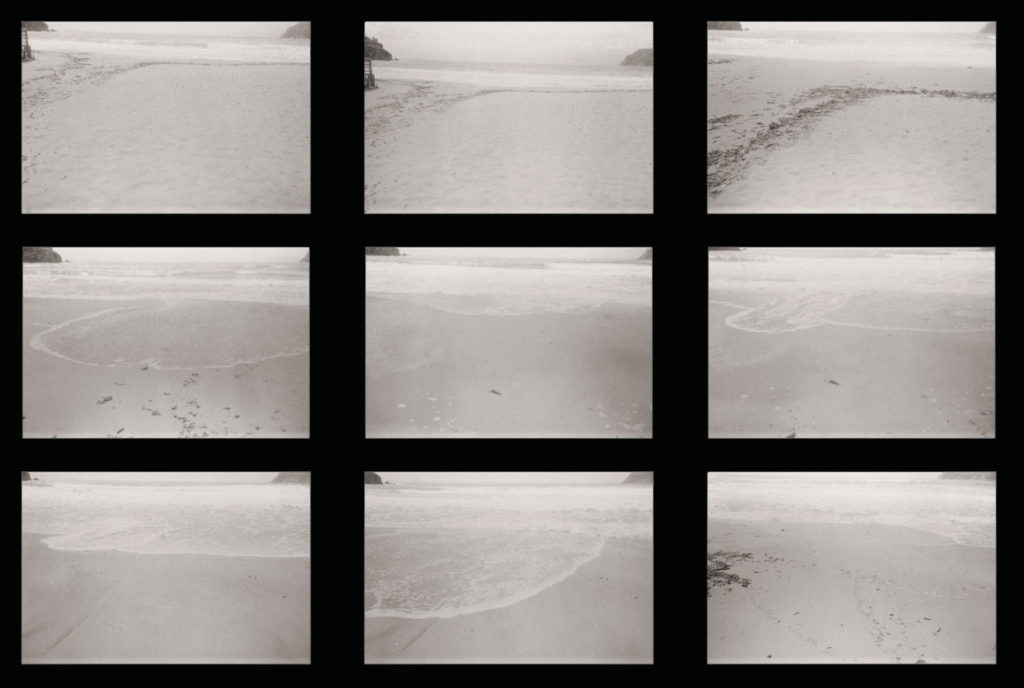 From the series EMDR – Eye Movement Desensitization and Reprocessing 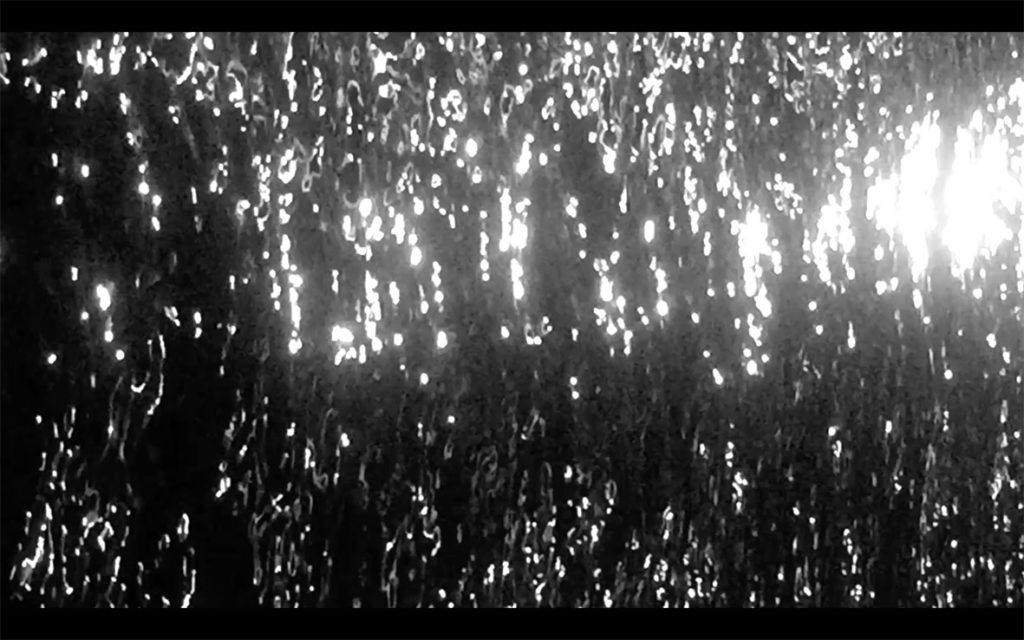 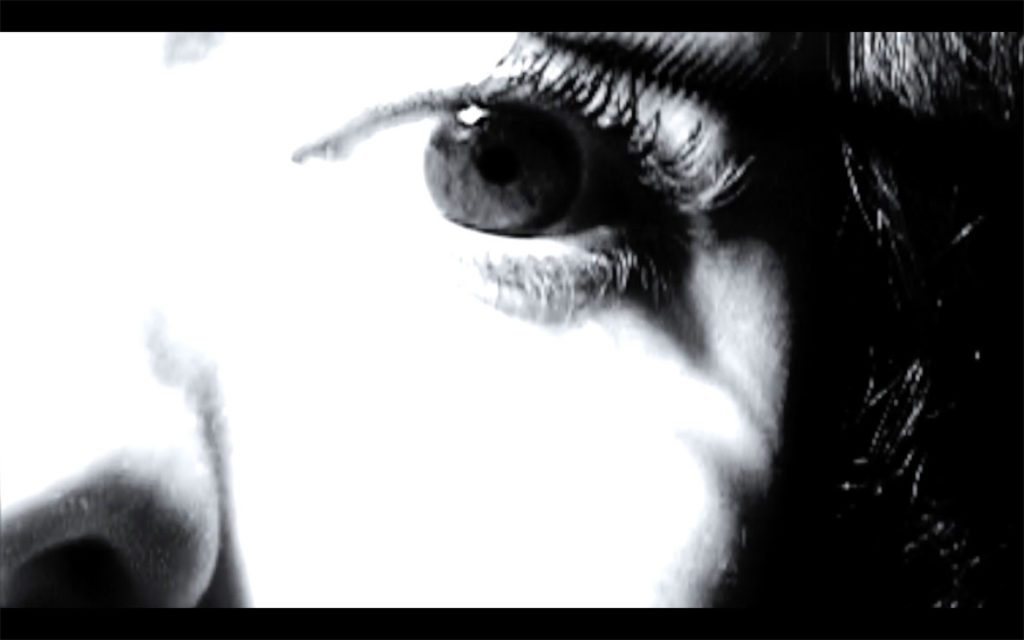 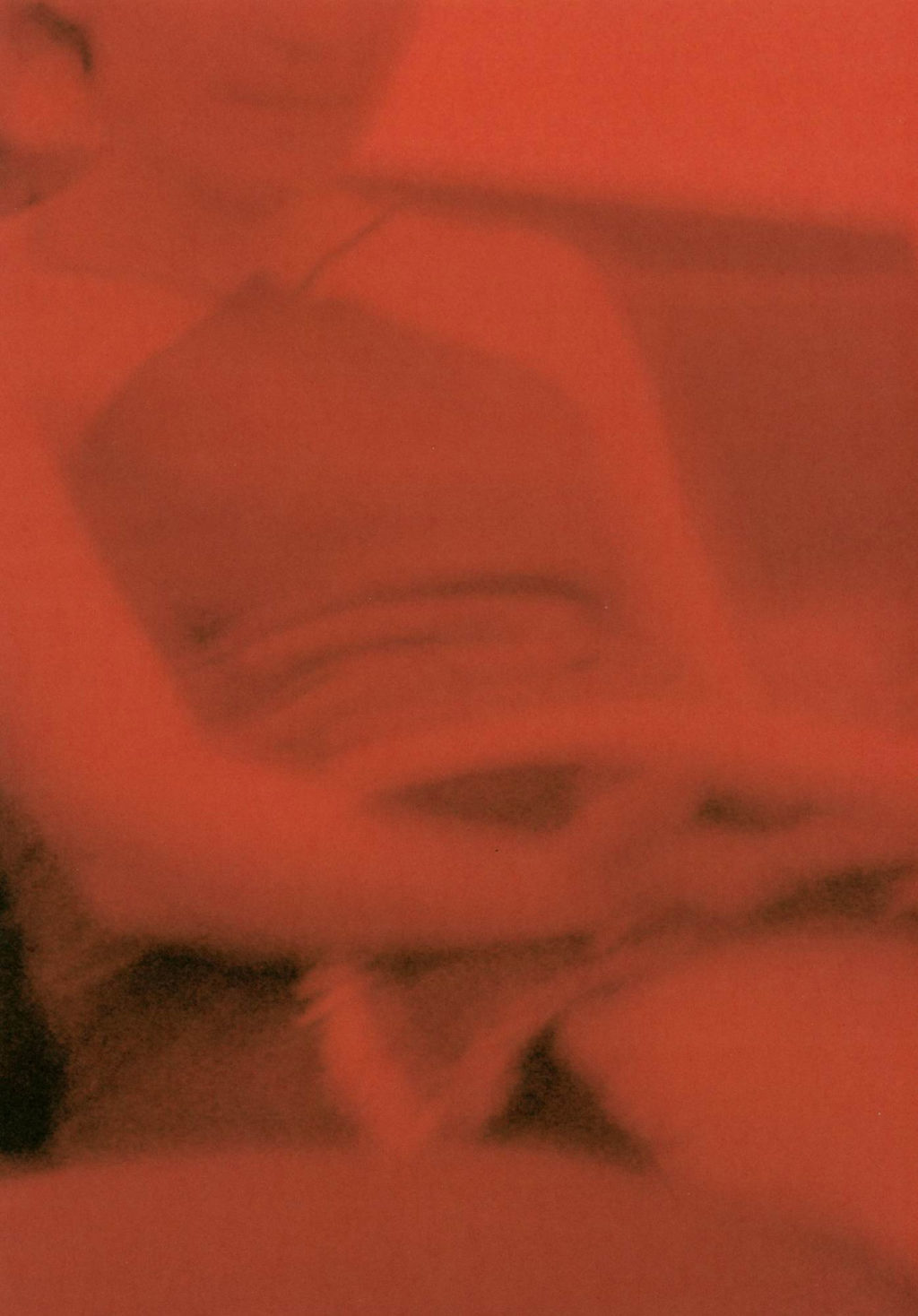 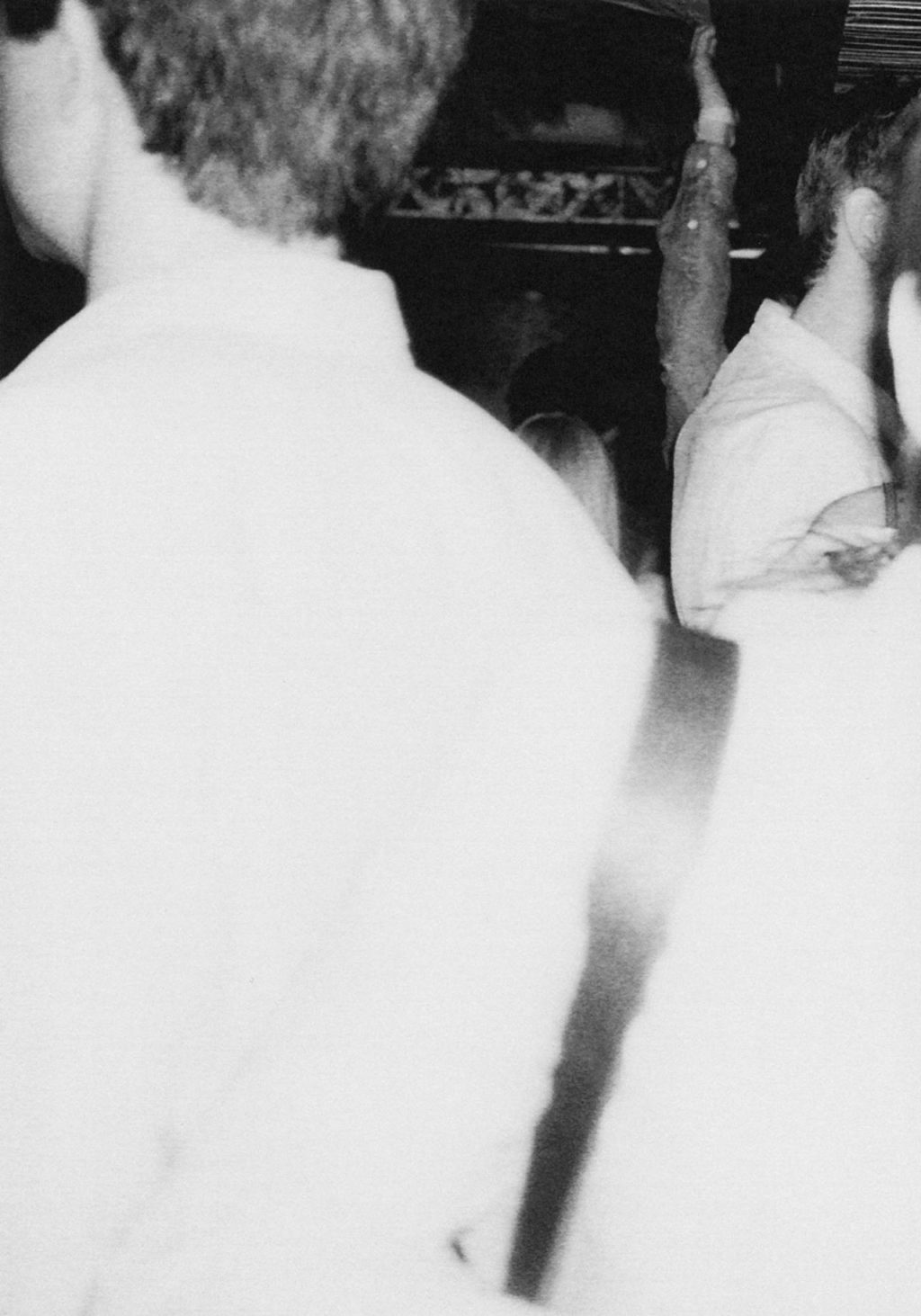 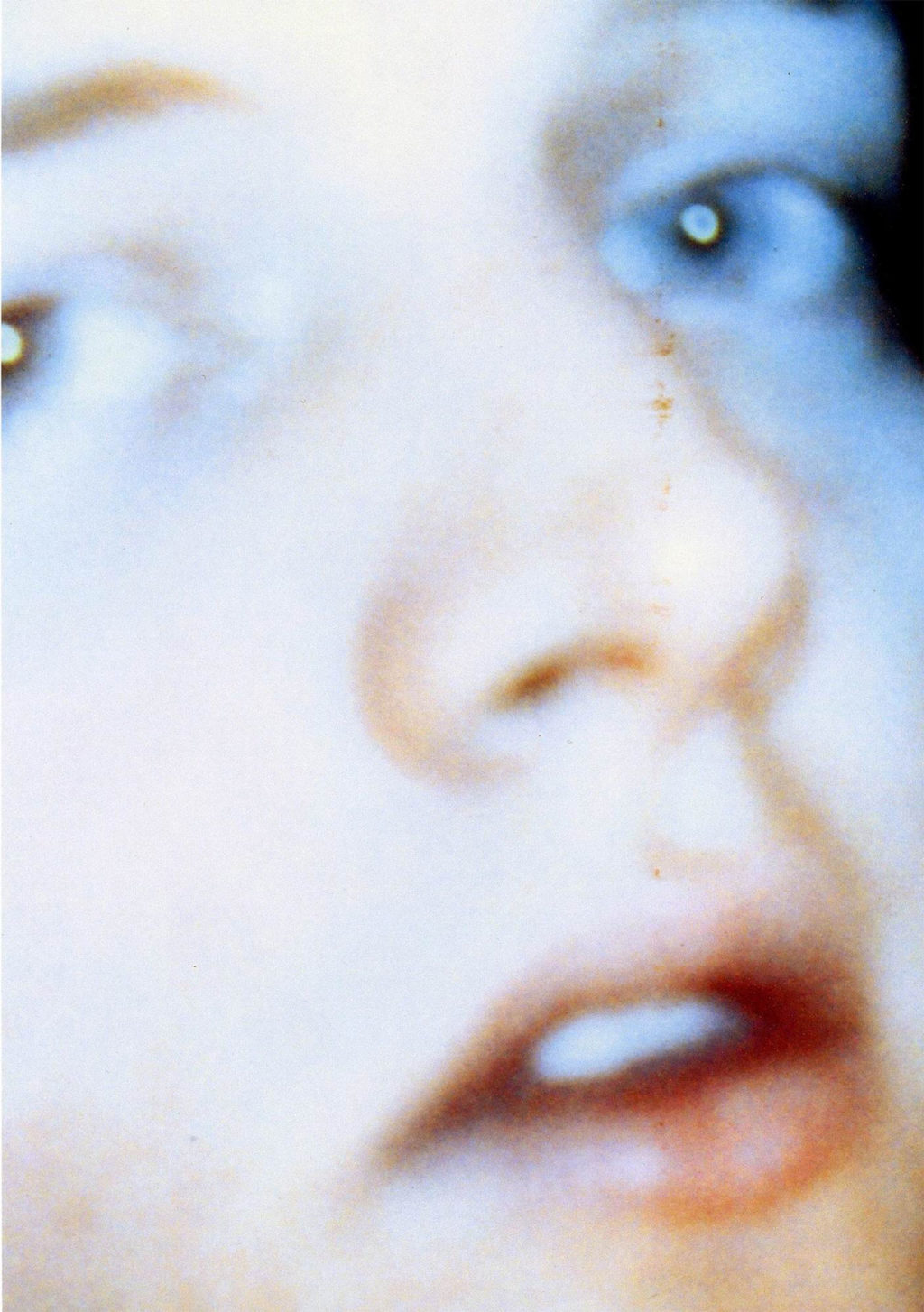 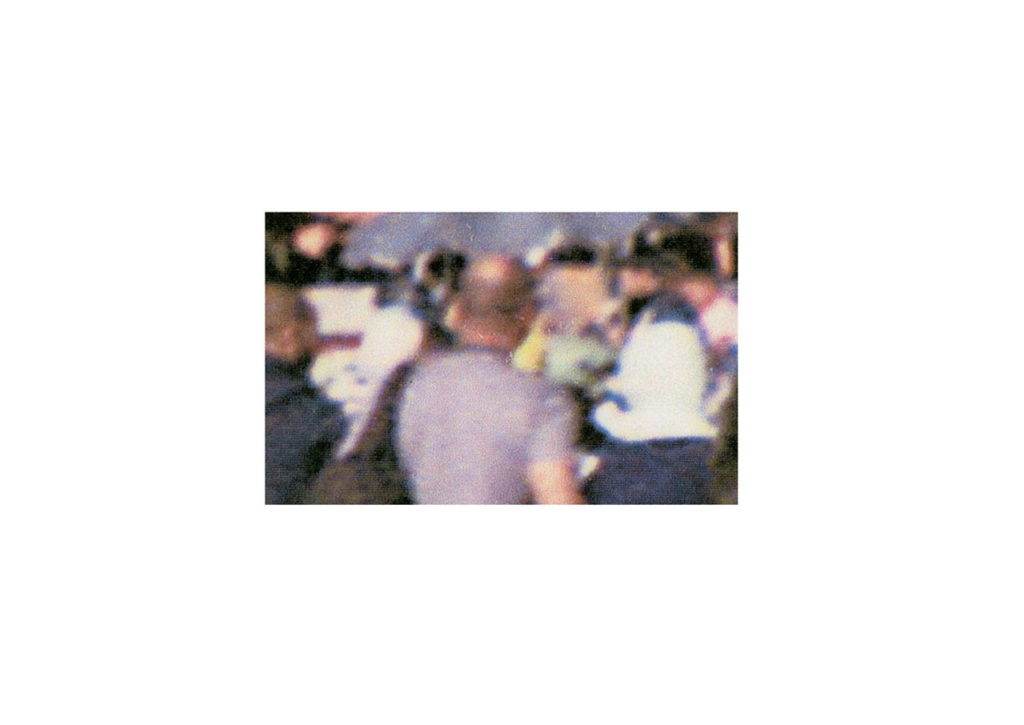 From the series Riflessioni sulla psyche