— IN CONVERSATION WITH FRANCESCO URBANO RAGAZZI 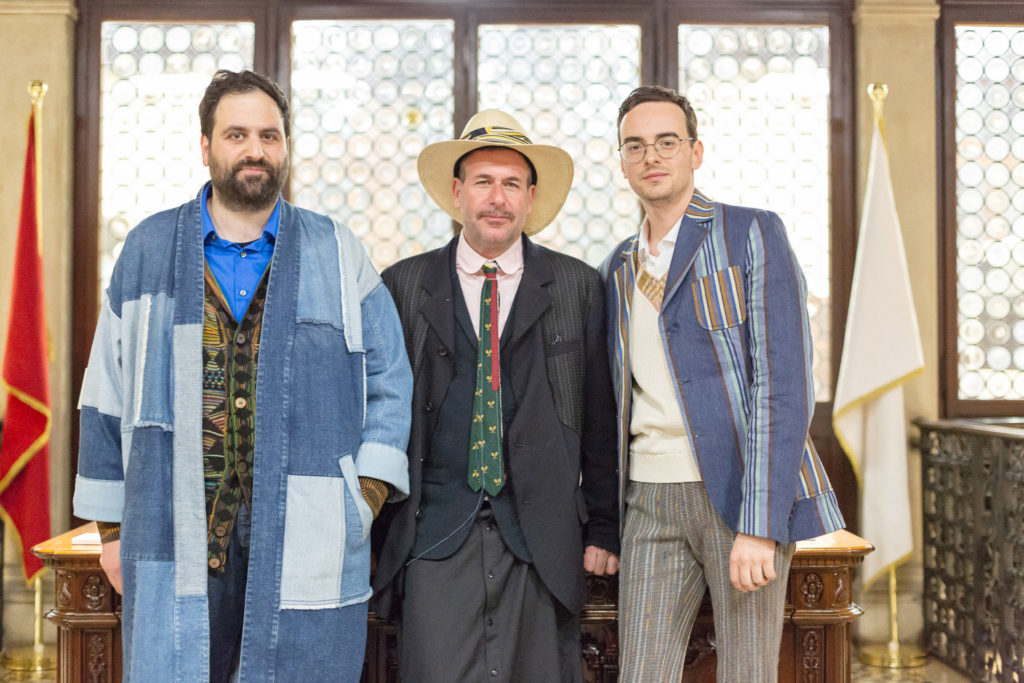 We talk about contemporary art from the point of view of the curator, a crucial figure for artistic promotion and disclosure. We do that with the duo composed by Francesco Urbano and Francesco Ragazzi, who develop some of the most interesting projects of the Italian and international landscape.

Who is Francesco Urbano Ragazzi?

A noble man, for sure, considering the double surname. He was born around 2011 as a fusion between Francesco Urbano and Francesco Ragazzi. The single identities were constraining and we never liked the idea of an individual authority. Francesco Urbano Ragazzi is the best, or worst, of us.

Because everything can be curated.

The Internet Saga; can you explain us in detail how it was born and which will be its developments?

The Internet Saga is the name we give to a cycle of exhibitions that started with the solo show by Jonas Mekas in 2015 at Palazzo Foscari Contarini, a Sixteenth century Venetian palace that some years before had been converted into a fast food. The idea was to regain through a poetic intervention an historical place which was devoted to consumption. This was also a way to think of the temporality of our time-lines through Jonas’ cinema, which, in those years, took the shape of a constantly updated online diary. We started with the idea of creating a new intangible layer for the space and we worked on the sound of the external courtyard, on the TV screens already installed on the walls and on the big glass windows of the palace, without adding any new object to those which were already there. Another important thing for us was the maintenance of a total independence in respect to Burger King, the company which was hosting us. Superimposition, independence and co-reality were also the principles around which The Internet Saga developed as a research platform after that exhibition. It’s our diary.

What do you think about art in non-conventional places? And tell us about a space where you would like to design an exhibition but you haven’t used yet.

A monument in the middle of the Black Sea for the Sinop Biennial in Turkey (2012), the Unconnected church inside the San Ludovico Chapel in Venice for the Internet Pavilion (2013), an internet point in Altona neighbourhood in Hamburg (2014), the stage of CERN Auditorium where the discovery of the boson has been announced (2016), Missoni flagship store in New York (2017-2019), Geneva Centre d’Art Contemporain internet website (2018-2019), Milan stock exchange (2019), Despar Teatro Italia, another historical Venetian building now transformed into a supermarket. These are all places we deeply loved and dealt with like they were museums. In these years we also studied different casinos locations, and we hope we could, one day, find the way to seep in there as well, with risk but without being compulsive.

What do you think about the curatorial project as an artwork itself?

Overall, it’s difficult to answer, but for sure it is one of the possible and complex future of the work of art. Nevertheless, we think that curatorship always needs to be an understanding and mediation exercise. There are artists, artworks and contexts that invoke a marked curatorial design, others need a more discreet or even neutral position.
This has to be negotiated every time and it’s only the final result that can tell if a misstep has been made or not.

How do you think you can fully express yourselves?

In the past we used the coats of arm of De Sade’s family, which is the putative family of Francesco Urbano Ragazzi. Lately we replaced it with a fur coat. First of all because our acronym is FUR, but also because the fur coat is an accessory which is rich in opposing meanings, inside the ambiguous relationship between human being and his animal nature (and culture).

A weird incident that takes us back to the world. The unexpected moment when mind and body go together, fast, endlessly.

Even if we seem revolutionaries, we are more compliant Lutheran reformists.

The most successful project is always the last one. In our case it’s HILLARY, the exhibition by Kenneth Goldsmith at Despar Teatro Italia in Venice. Our personal way to design is to argue and love each other every day.

We answer with our current passions. The first one is Rimaldas Vikšraitis, the only artist we couldn’t meet during our last trip to Lithuania. He is a photographer à la Nan Goldin of rural life without any idyll, which finally take us far away from a certain rhetoric of the reconciled and peace-inducing nature.
The second one is CFGNY, a fashion brand by Tin Nguyen and Daniel Chew, which makes the mix of Asian identities in the global market explode.

Francesco Urbano Ragazzi is a curatorial duo trained in ontology and media studies between Venice and Paris. Its main interests are the founding narrations of the connectivity era. In 2015 the team curated The Internet Saga, a solo show by filmmaker Jonas Mekas presented in Venice during Visual Arts Biennial. The exhibition developed into a research platform and a series of exhibition projects following the invitations of public and private institutions. Francesco Urbano Ragazzi curated exhibitions and residency programs for MMCA – Museum of Modern and Contemporary Art of Korea (Seoul); Missoni; International Studio and Curatorial Program (New York); Centre d’Art Contemporain (Geneva); CRRI – Castello di Rivoli (Turin); Ruya Foundation (Baghdad); Emirates Foundation (Abu Dhabi); Futura – Contemporary Art Center (Prague); Ministero dei Beni e delle Attività Culturali; Ministero delle Pari Opportunità (Rome); Swiss Institute (Rome, Milan). Francesco Urbano Ragazzi is the director of The Church of Chiara Fumai, an archive which was created to preserve the memory and artwork of the artist. Their collaboration with Jonas Mekas went on until 2019 through the curatorship of many exhibition and editorial projects. 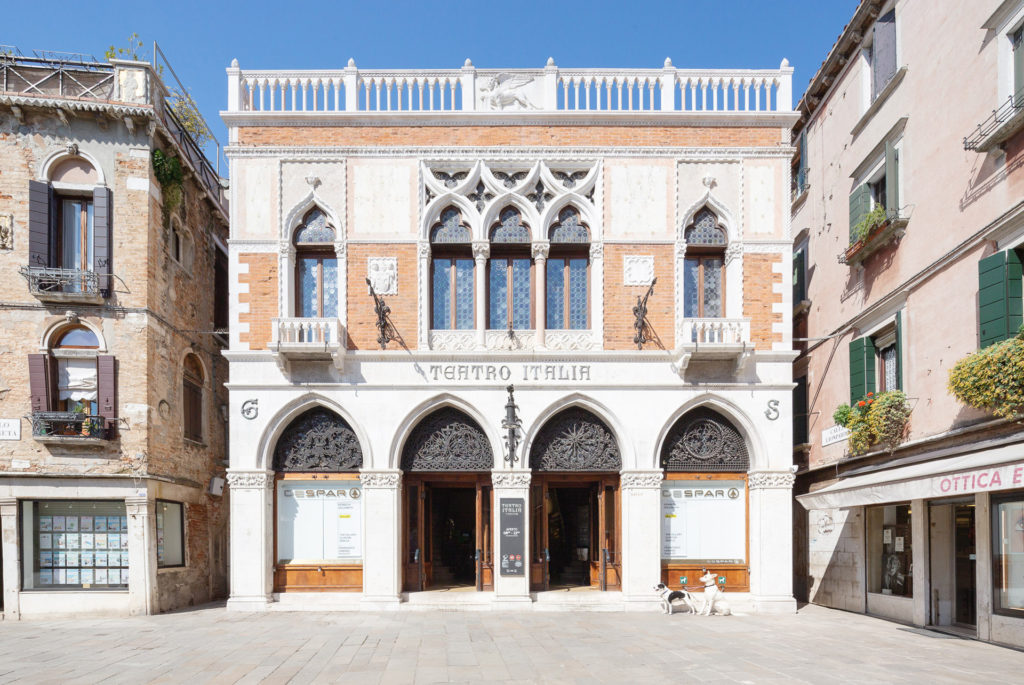 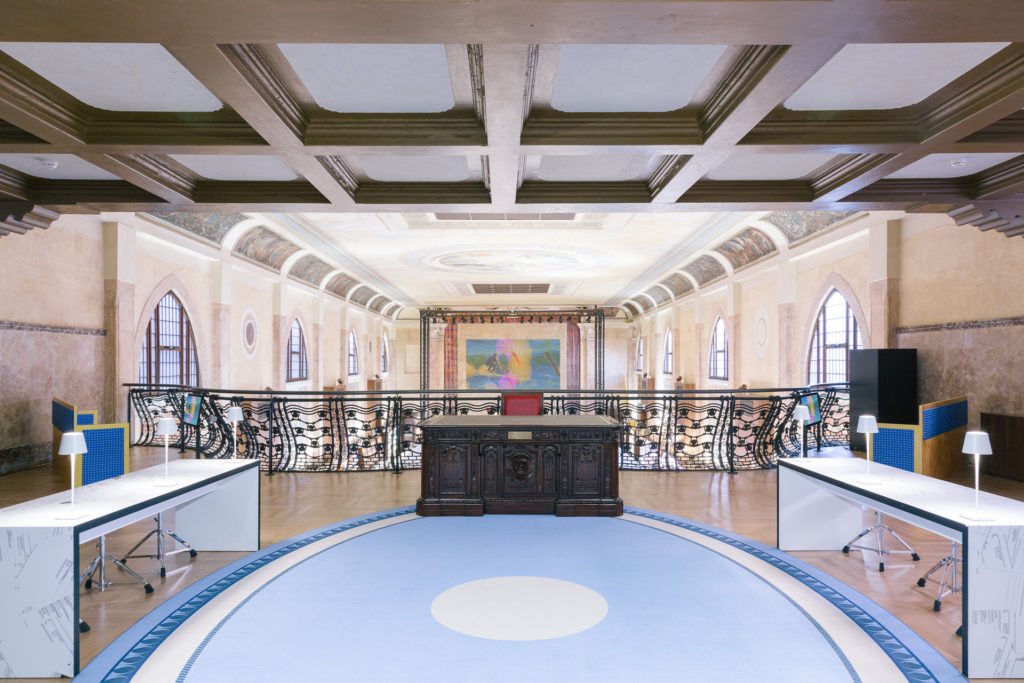 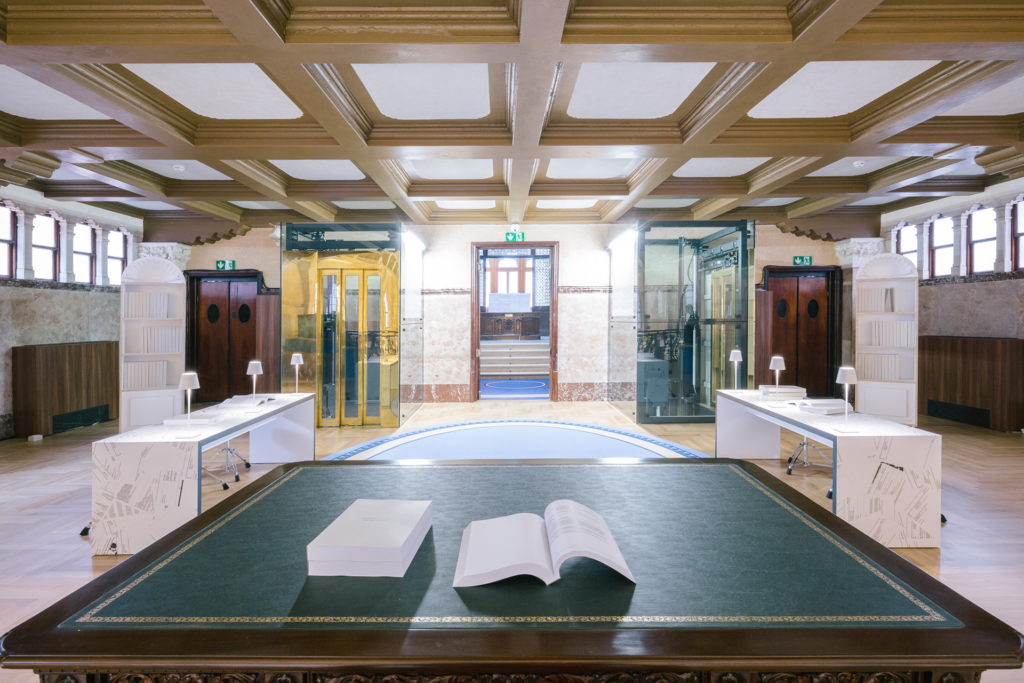 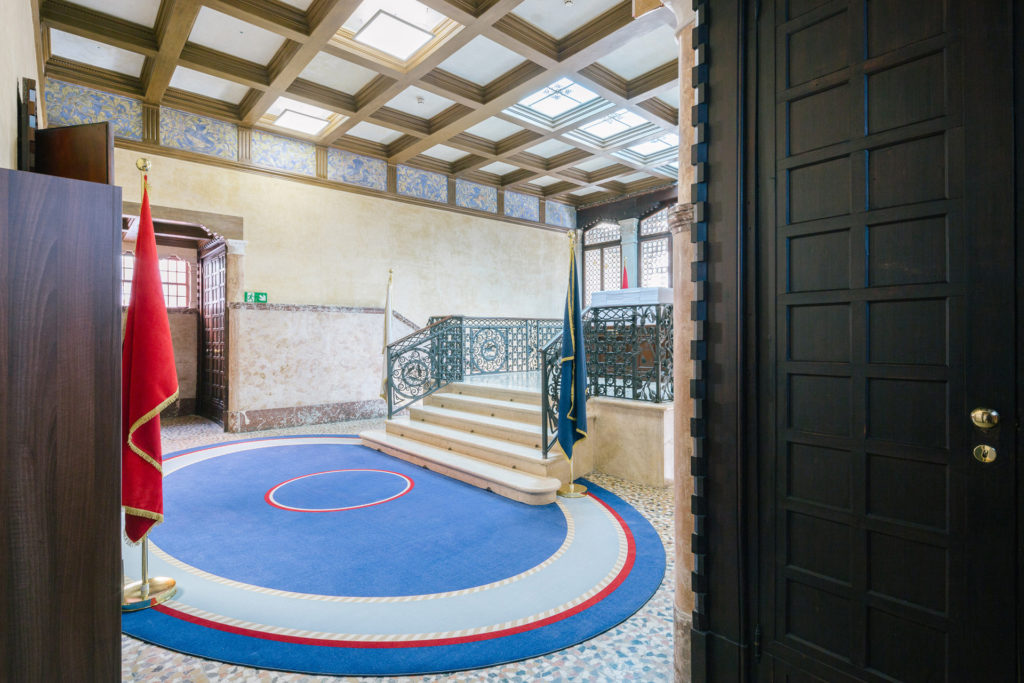 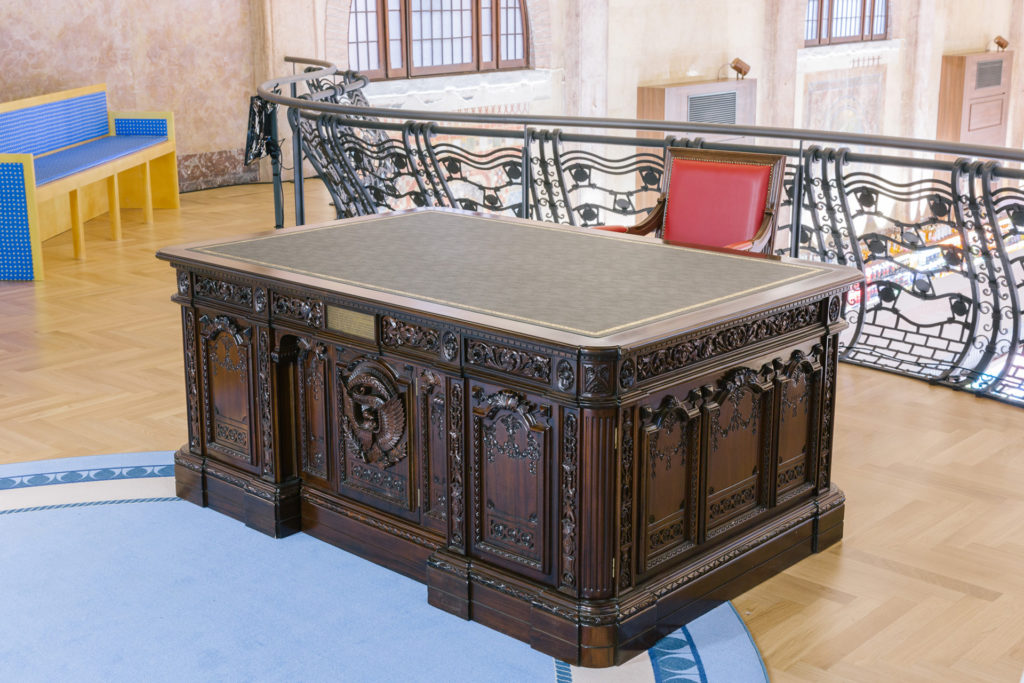 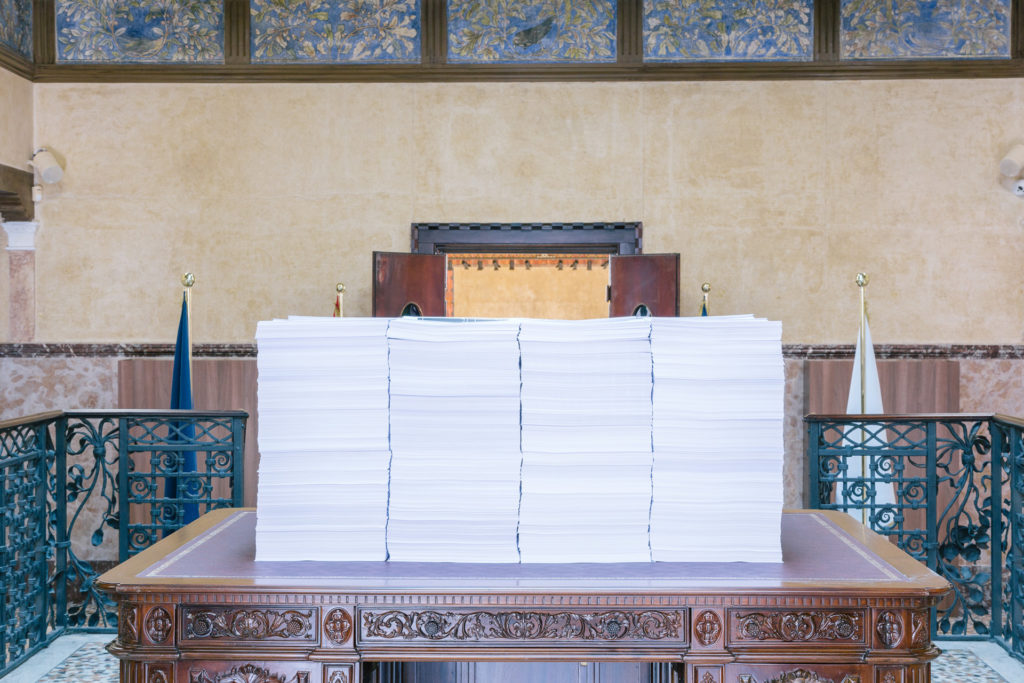 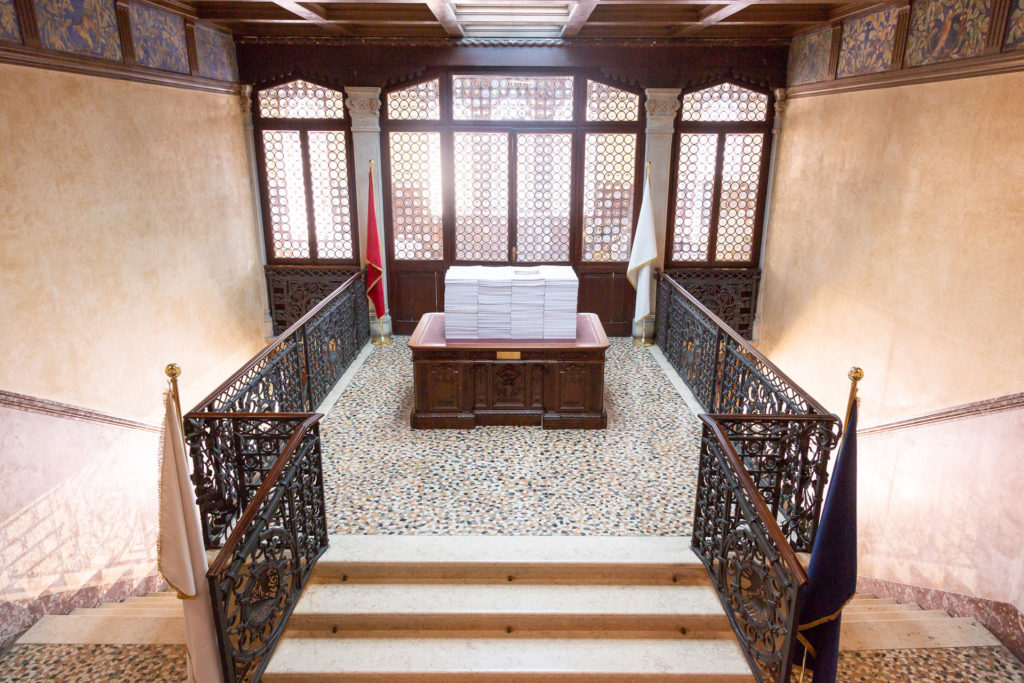 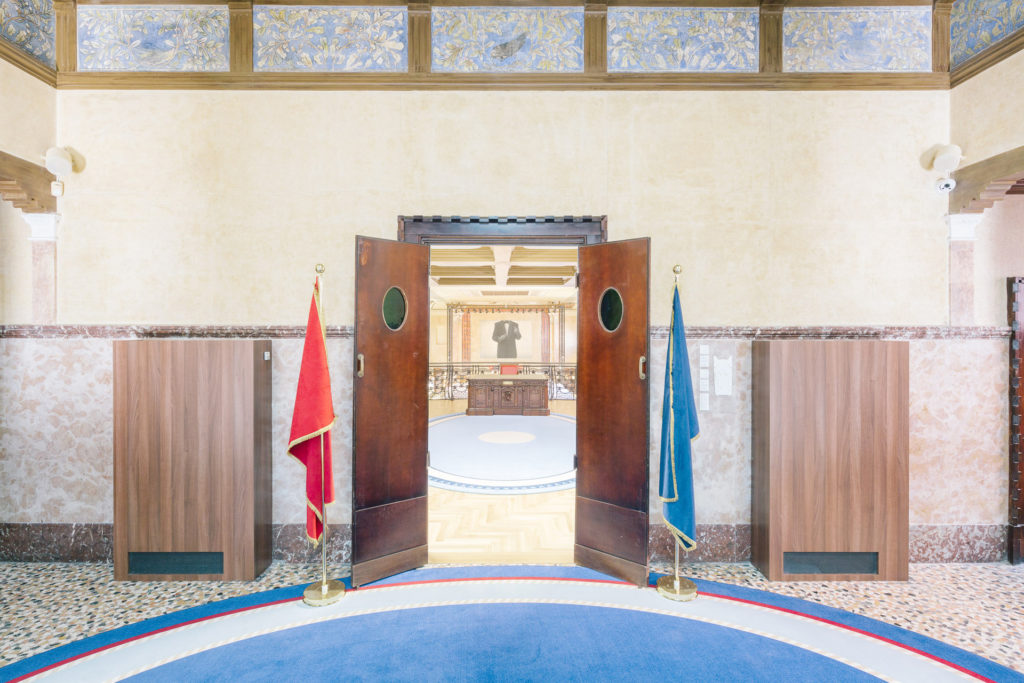 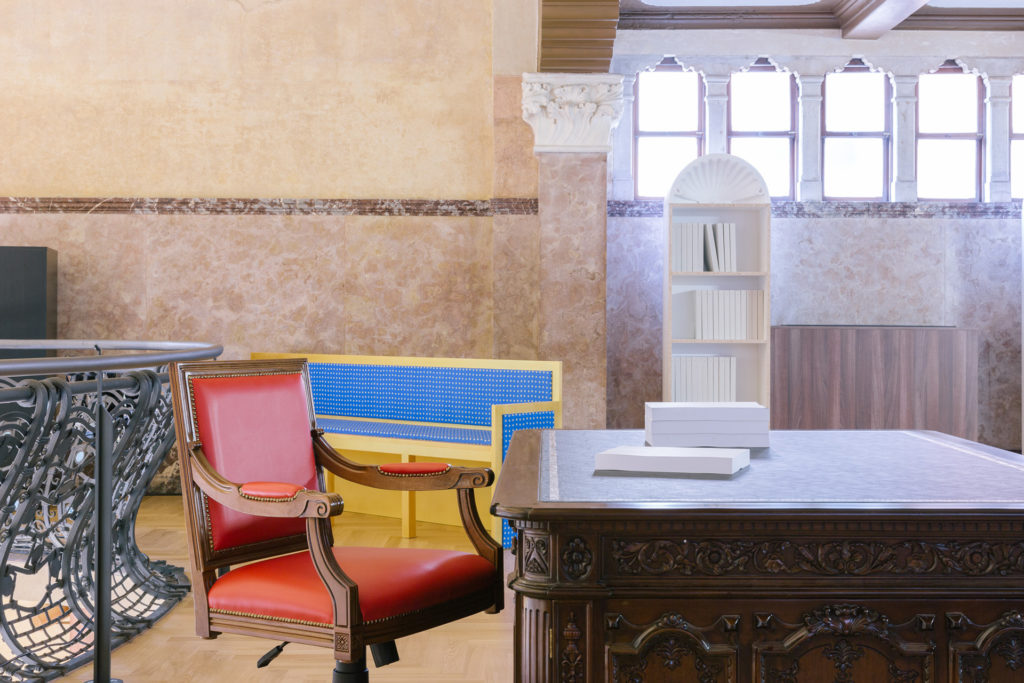 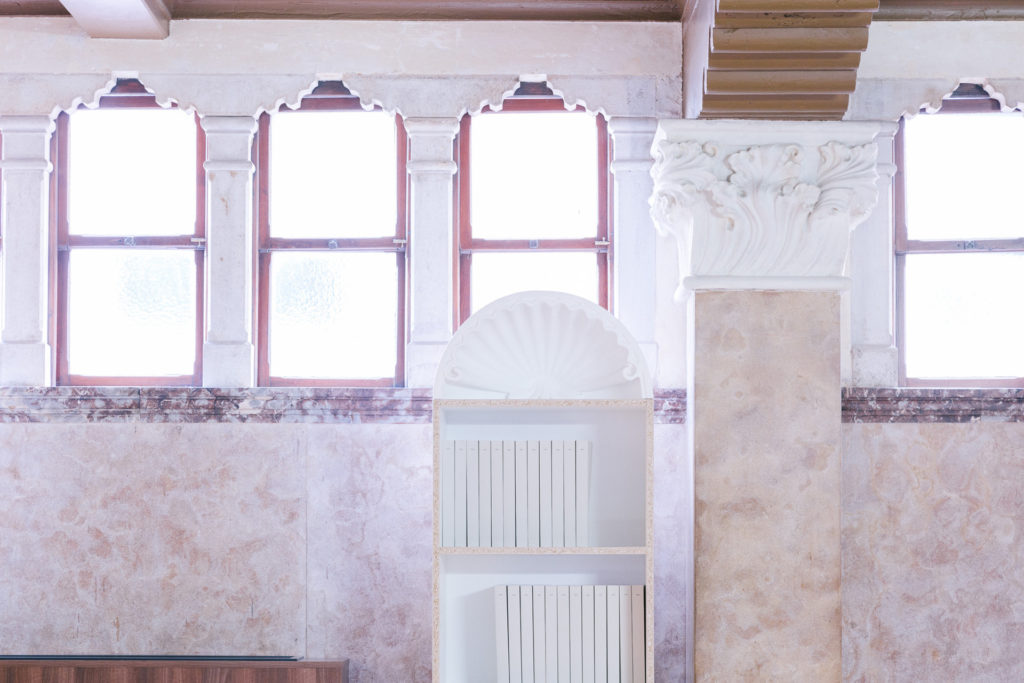 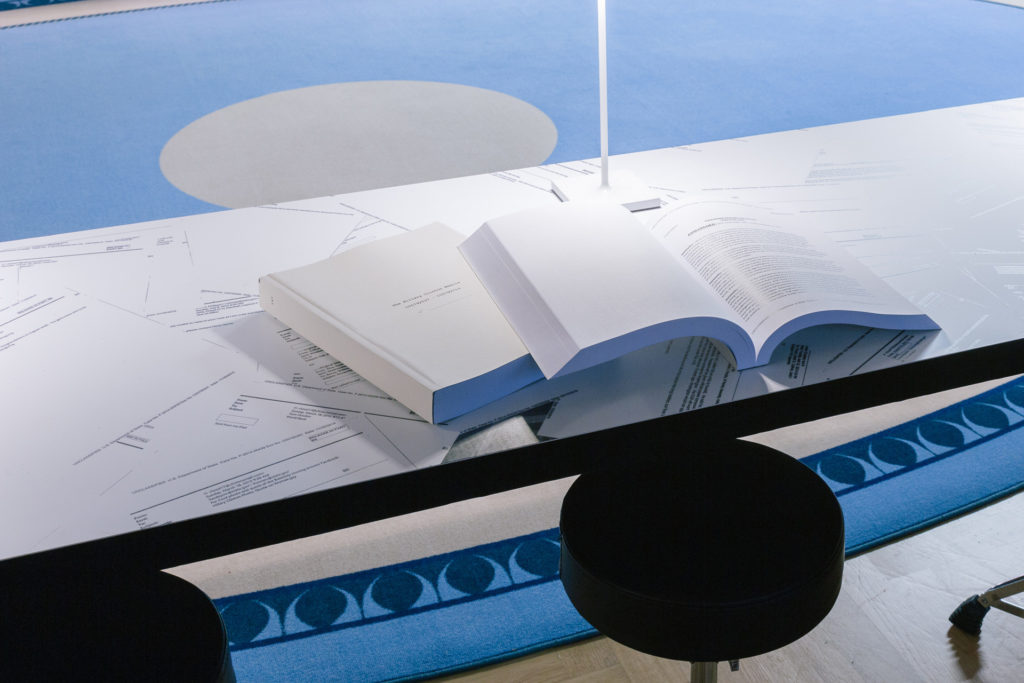 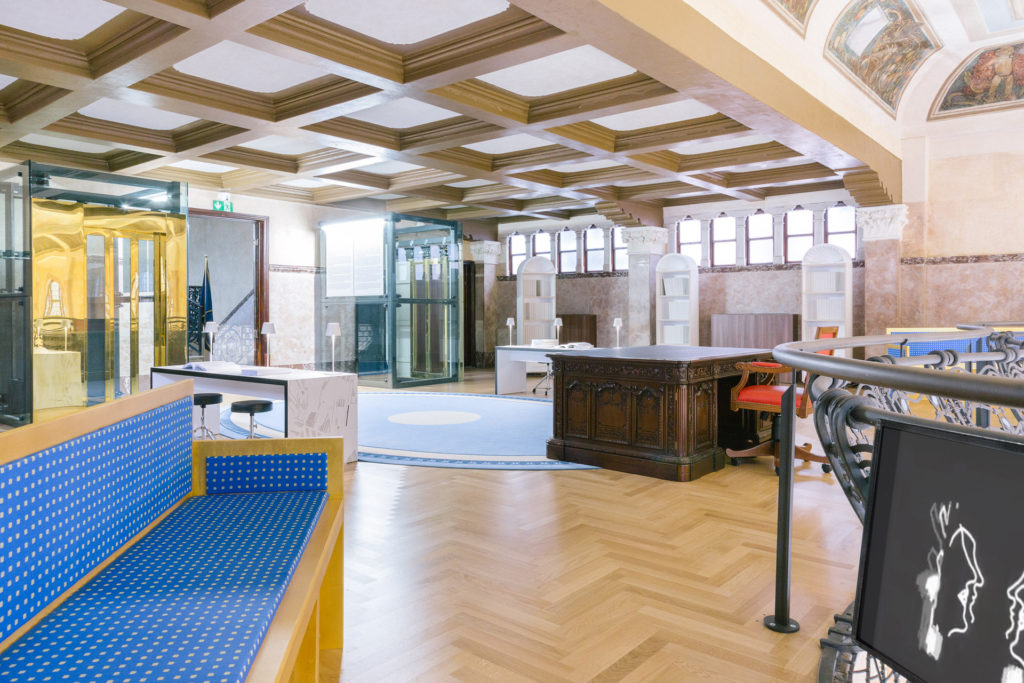 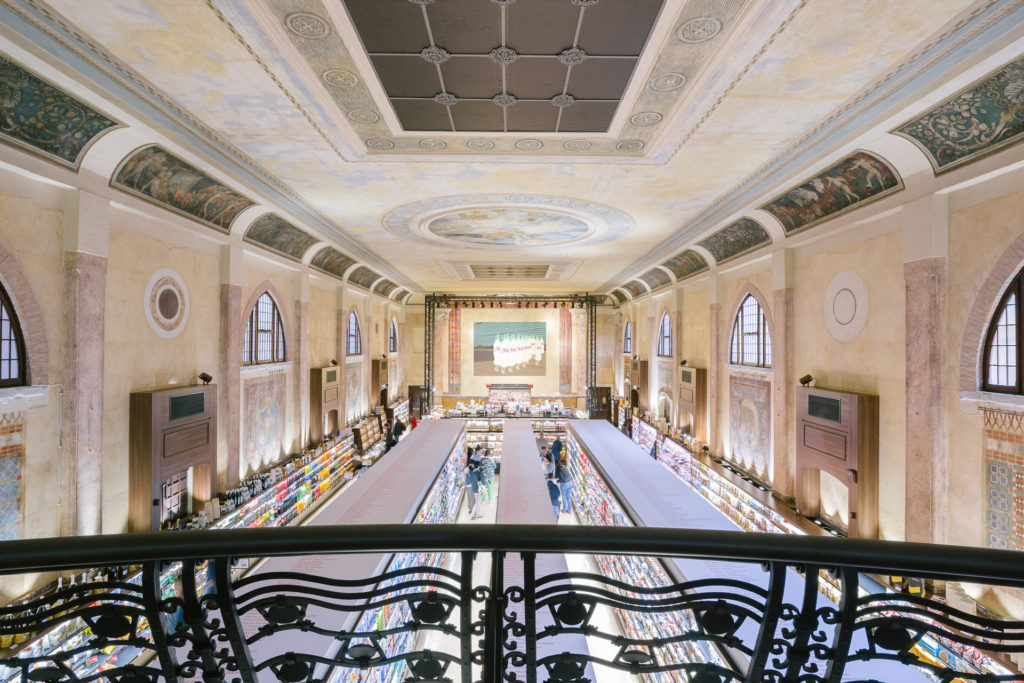 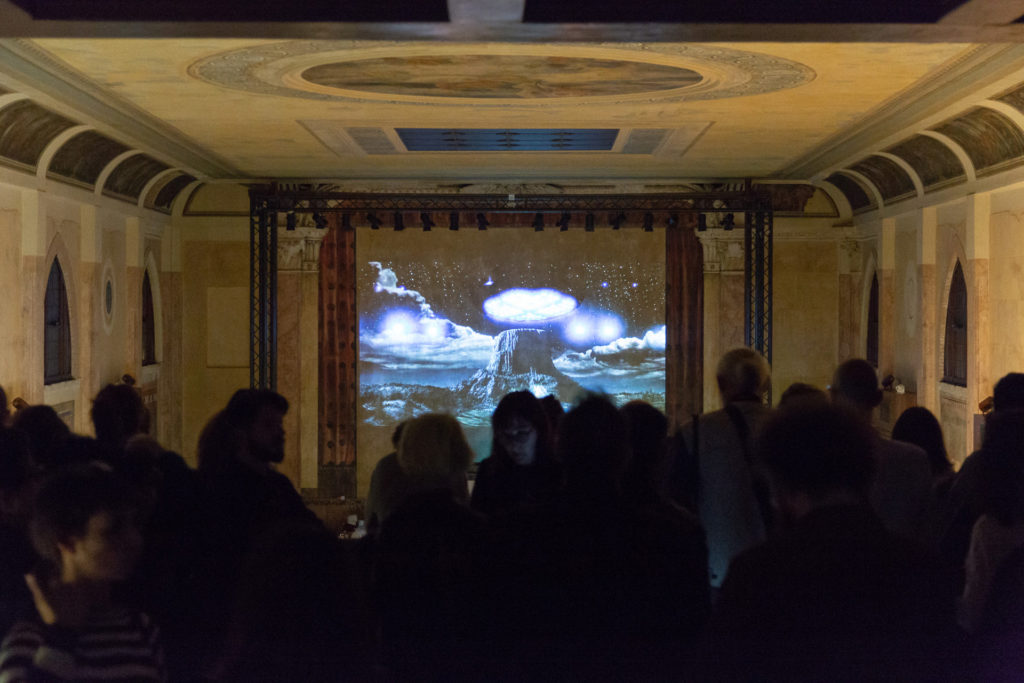 The Mirror, audiovisual performance by People Like Us © Giorgio De Vecch i- Gerda Studio 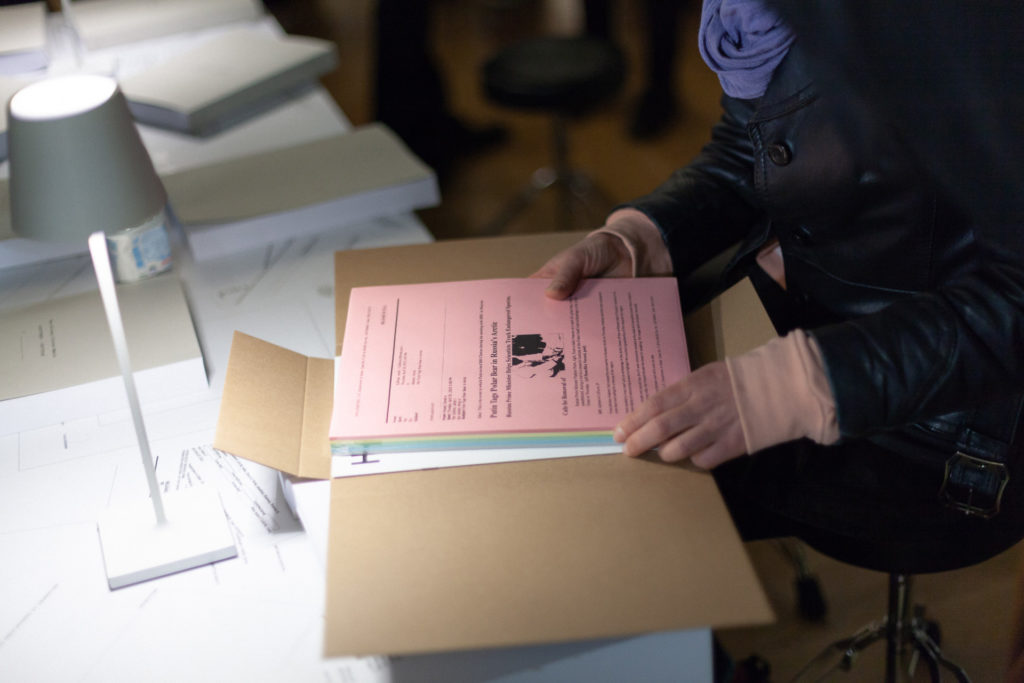 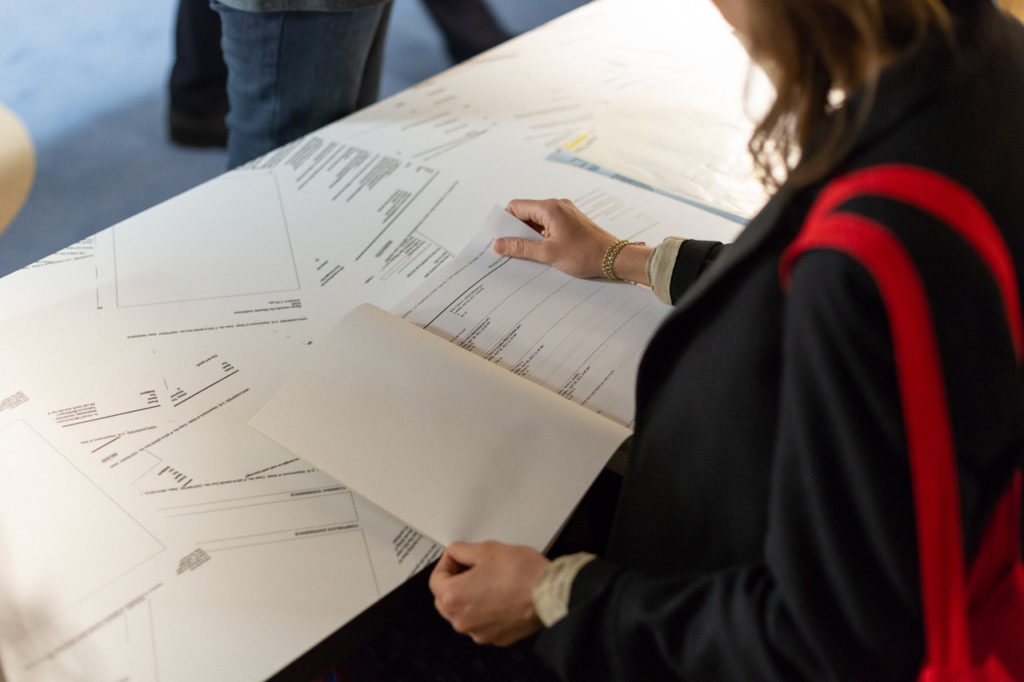