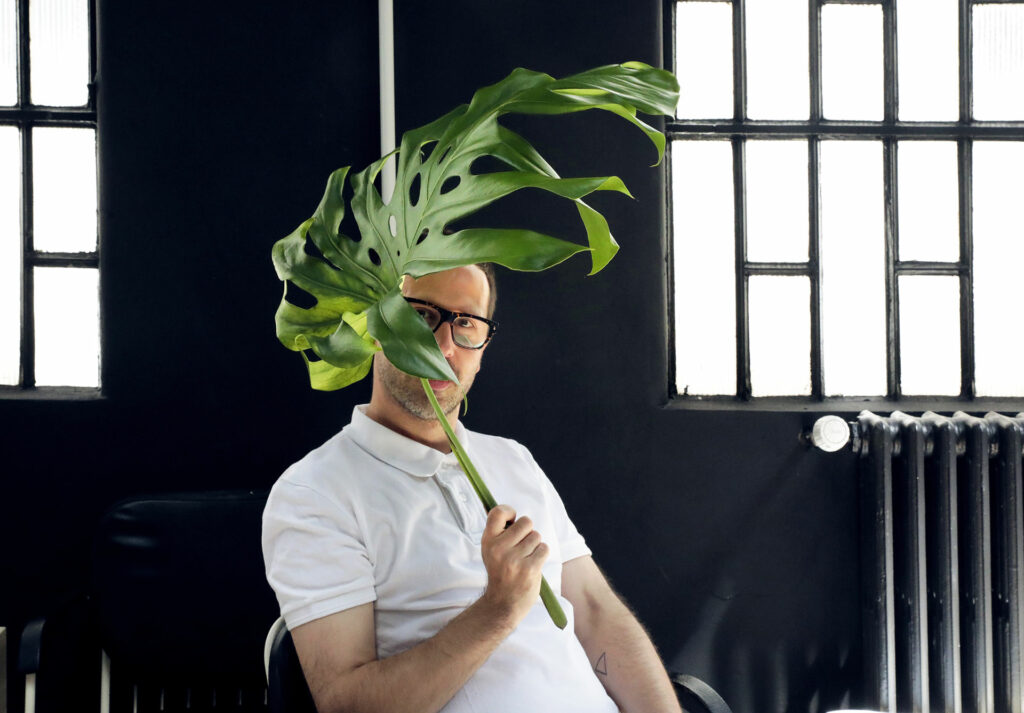 We are meeting the artist Jacopo Miliani, with whom Peruffo has had the pleasure to collaborate on the occasion of La Discoteca, a project which is focused on the first cinematographic work of the artist, but that is declined in many ways, from an exhibition to a workshop and a performance. Jacopo tells us what has gone on behind the scenes and the fun facts of this intriguing multi-disciplinary artwork.

Can you tell us something about La Discoteca, how was the project born and which are its different elements?

La Discoteca is a project which was born before the pandemic. I was already thinking about the discos of the future and their transformation. The project has many different sides: a workshop, some performances, an installation and most of all a movie, which wants to subvert the rules of reality through its fantastic and ironic tones. La Discoteca is also a book published by Via Industriae Publishing which contains a text I wrote and other texts by Elisa Del Prete, Mariuccia Casadio, Sara de Giovanni, Luca Locati Luciani and Eva Robin’s. You can browse through the entire process on the IG account @ladiscoteca_film

This is your first movie, how did you deal with the cinematographic medium as an expressive tool?

I had a lot of fun… even if I took everything very seriously. It has been a great journey and adventure during which I got to know wonderful people and in which I involved many friends and precious collaborators. Gaia Formenti supported me with the playwriting. Sara Scanderebech documented the whole set. Thomas Costantin wrote the music scores and Giancarlo Morieri directed the movie photography. Alessandra Mancini created the graphics. The production has been curated by Elisa Del Prete and Silvia Litardi. Seeing the actors and actresses on set has been very touching: Eva Robin’s, Eugenia Delbue, Pietro Turano, Anna Amadori, Charlie Bianchetti, Alex Paniz and Kenji Benji.

Some jewels by Peruffo distinguished the characters; can you tell us how did you select them and if they somehow helped the actors to express themselves?

Every detail of the movie has been created in relation to the characters and their story… I’m not telling you much about the story itself because I hope you’ll have the chance to see the movie. For sure the pieces of jewelry are not only objects, and it’s the body that make them move and dance… They are also telling their own story.

What do you think about collaborations? Is there someone you would like to collaborate with?

Collaborations and relationships are the basis of my design and research method. La Discoteca is the result of over thirty collaborations… I can’t list them all.

A short-term project and a long-term one you would like to realise.

La Discoteca is a project by Jacopo Miliani.

It has been realised thanks to Italian Council, Direzione Generale Creatività Contemporanea, Ministero della Cultura in collaboration with APS Arcigay Il Cassero, cultural association Bottega Bologna, Foundation If I Can’t Dance, I Don’t Want To Be Part of Your Revolution (Amsterdam), Association Run by a group / openspace (Nancy), with public acquisition by Centro per l’arte contemporanea Luigi Pecci (Prato). 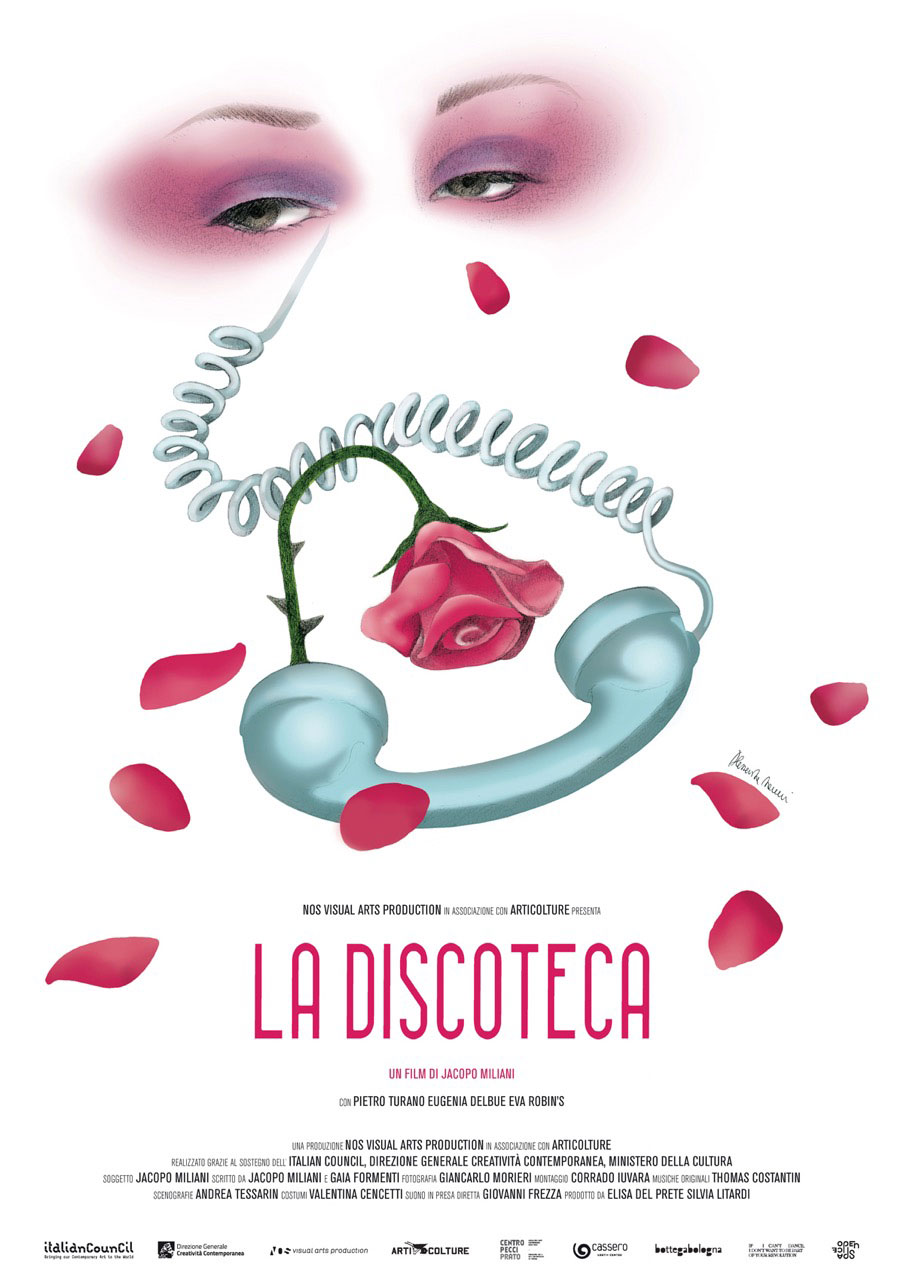 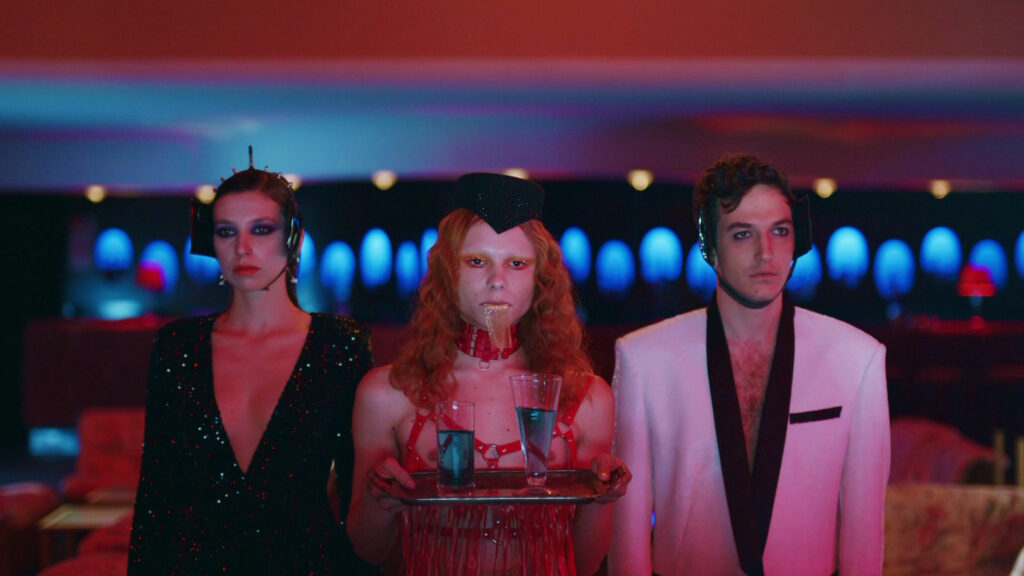 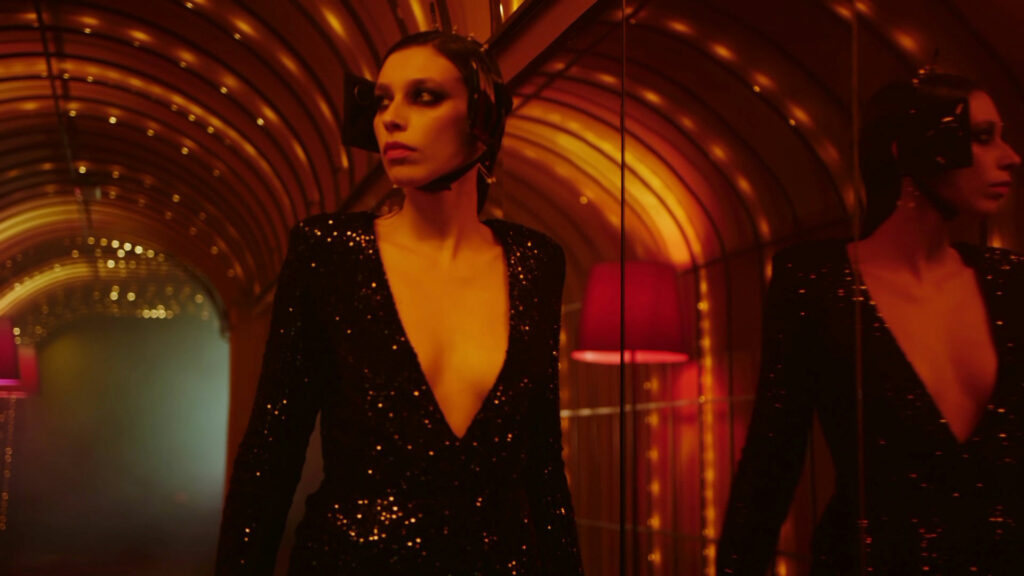 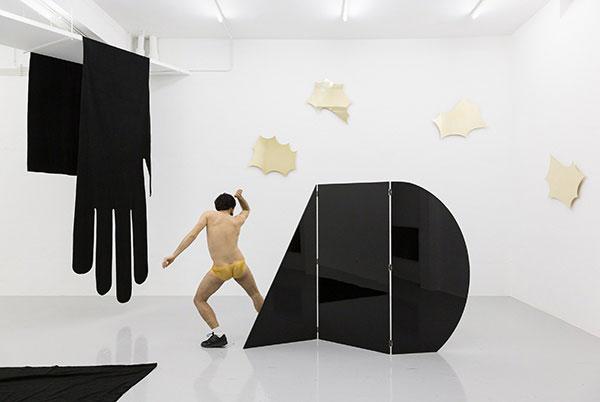 A slow dance without a name, 2016 – Kunstalle Lissabon Photo credit by Bruno Lopes 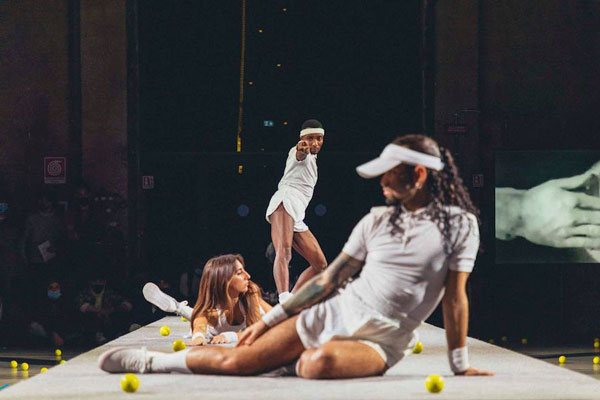