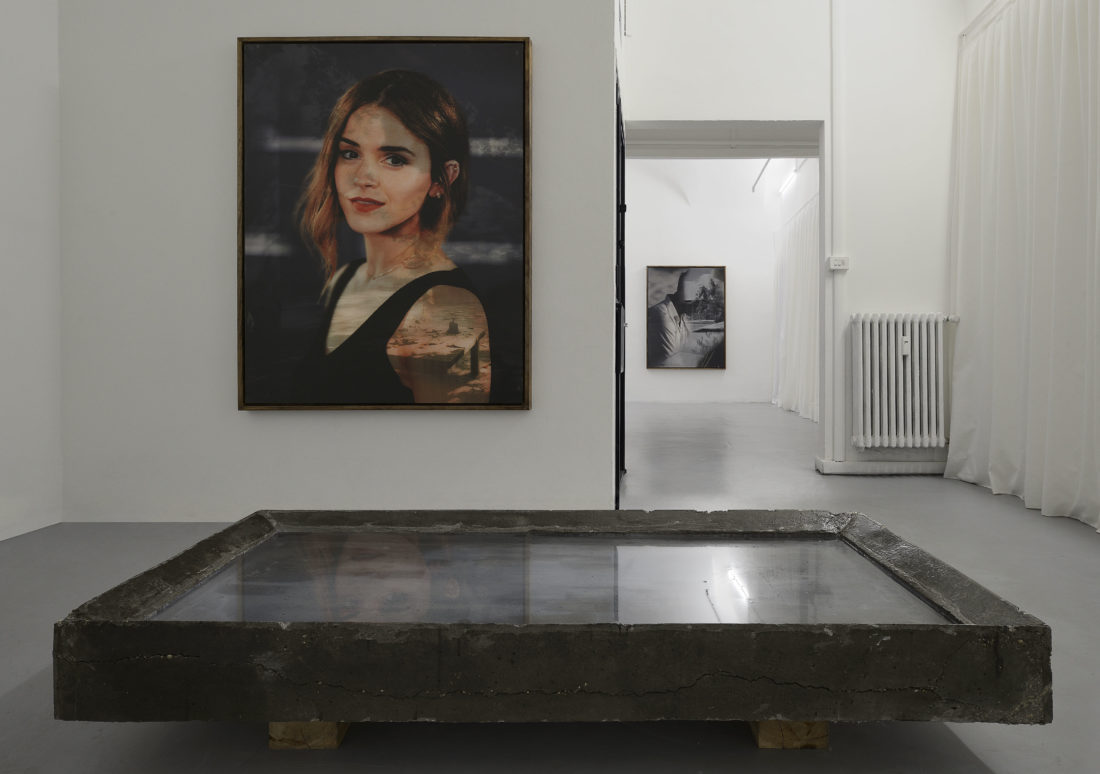 It is a contemporary triptych that greets the visitor of the Swiss artist Yves Scherer’s (b. in 1987, lives and works in New York City) latest show Les Bains Douches until July 19th at BASEMENT ROMA.

A small basin, filled with water, a photographed portrait intersecting with architectural imagery, two deeply intertwined figures, cast in plaster. The two bodies, melted together in white plaster, show cracks in within their surface. While they clearly bear resemblance to classical sculpture per se, it is the imperfection and the fragility of their natural state that immediately touches the viewer’s gaze. The male body rests on the abdominal region of the female figure, holding on to her in an almost childlike state, while she gently caresses his head. Where the original image of this encounter depicted Kate Moss and Johnny Depp in a photograph by Annie Leibovitz, Scherer’s sculpture has lost this direct reference. Transforming into a different medium and body, the Pygmalion-like idealization has become a more universal image of the most primal and ideal state of relationship. Social norms and convictions – such as male dominance and female submission – are obsolete and the artwork has been stripped down to the most basic interpersonal needs for love and care-taking.

In the picture on the wall, a man faces sideways. The photograph is lenticularly layered with the modernist architecture of a house and pool. The subject appears resembles the French actor Vincent Cassel, a charismatic man, who certainly has archetypical features. He seems strong, attractive, and manly. Yet, his expression is pensive. It is a similar effect that we have witnessed before. Through Scherer’s lense, Cassel’s idealized image as a celebrity – devoid of any real and profound context to begin with – has, indeed, become obsolete. The architecture behind Cassel’s face is a depiction of the work of Mexican architect Luis Barrágan. Barrágan would often in- corporate water as a counterpoint to the straight lines and edges of his colorful, modernist structures and the raw materials of his work, such as stone or wood.

On the floor of the exhibition space a water basin introduces this multi-layered interplay three-dimensionally. Functioning as a physical counterpart to the impalpable emotions and social notions within Scherer’s work. The form of the bath also references the language of swiss mountain cattle troughs while at the same time opposing this auto- biographical notion in an alternative interpretation as an infinity pool. Again, a more archaic type meets contemporary culture. It is this clash, brought into form, which links towards the exhibition’s title, that draws inspiration from yet another beacon of celebrity culture. Nowadays known as a legendary nightclub, Les Bains Douches opened its doors in 1978 and marked the golden age of Paris nightlife. Mingling by and in the mosaic tile pool, partygoers and creatives celebrated amongst the likes of Jean-Michel Basquiat, Yves Saint Laurent, Mick Jagger, Johnny Depp and Kate Moss. But even though the vibe of the night club was certainly glamorous, it was not slick. An aspect, which again speaks to the interplay of oppositions within Yves Scherer’s work. It is the juxtaposition of the world of celebrities and glamour, next to the raw architecture of the former baths with its utilitarian identity, that finds its equivalent within the counterposition of forms and context in his show at BASEMENT ROMA. The artist incorporates the superficiality of glamour, the fleeting state of joy within the ethereal purity of his whitened exhibition space that at the same time remains a basement, with an underlying griminess it can never dispense of entirely.

In his survey of the individual’s state of being through the defragmentation of celebrity culture, Scherer discovers a collective sentiment within modern day culture, that reveals the individual longing for more existential profoundness in a rapidly changing society.

From the critic text by Anneli Botz. 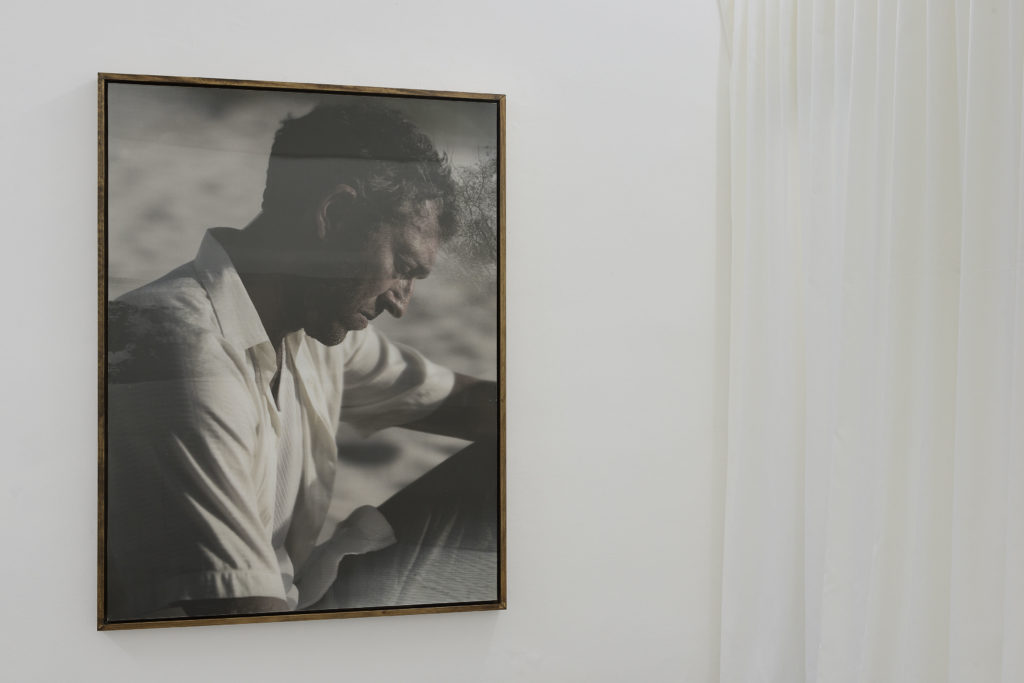 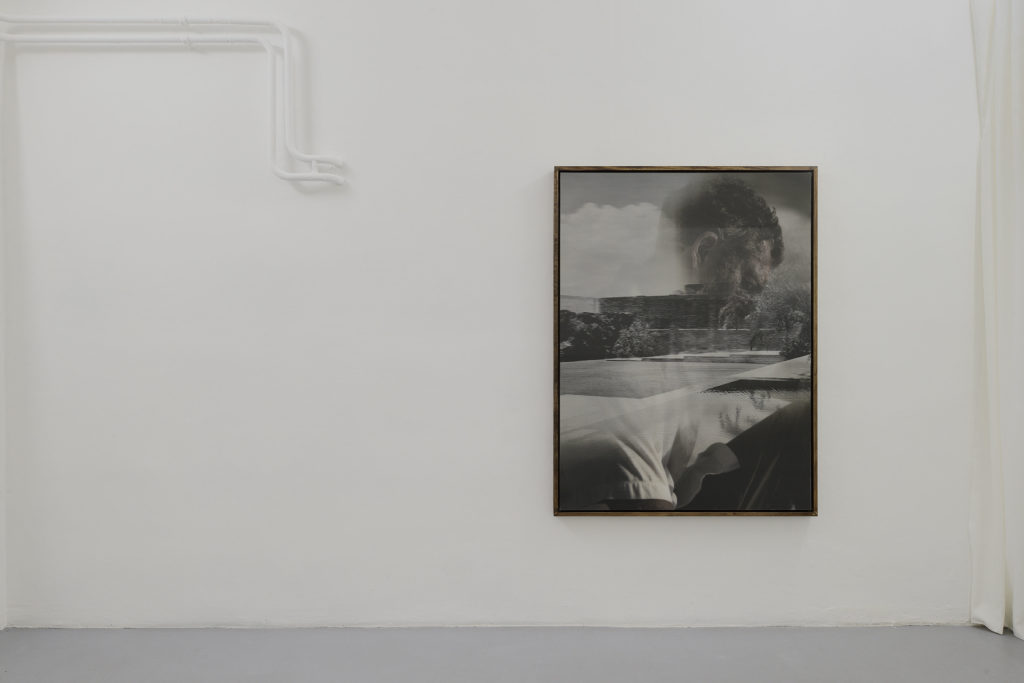 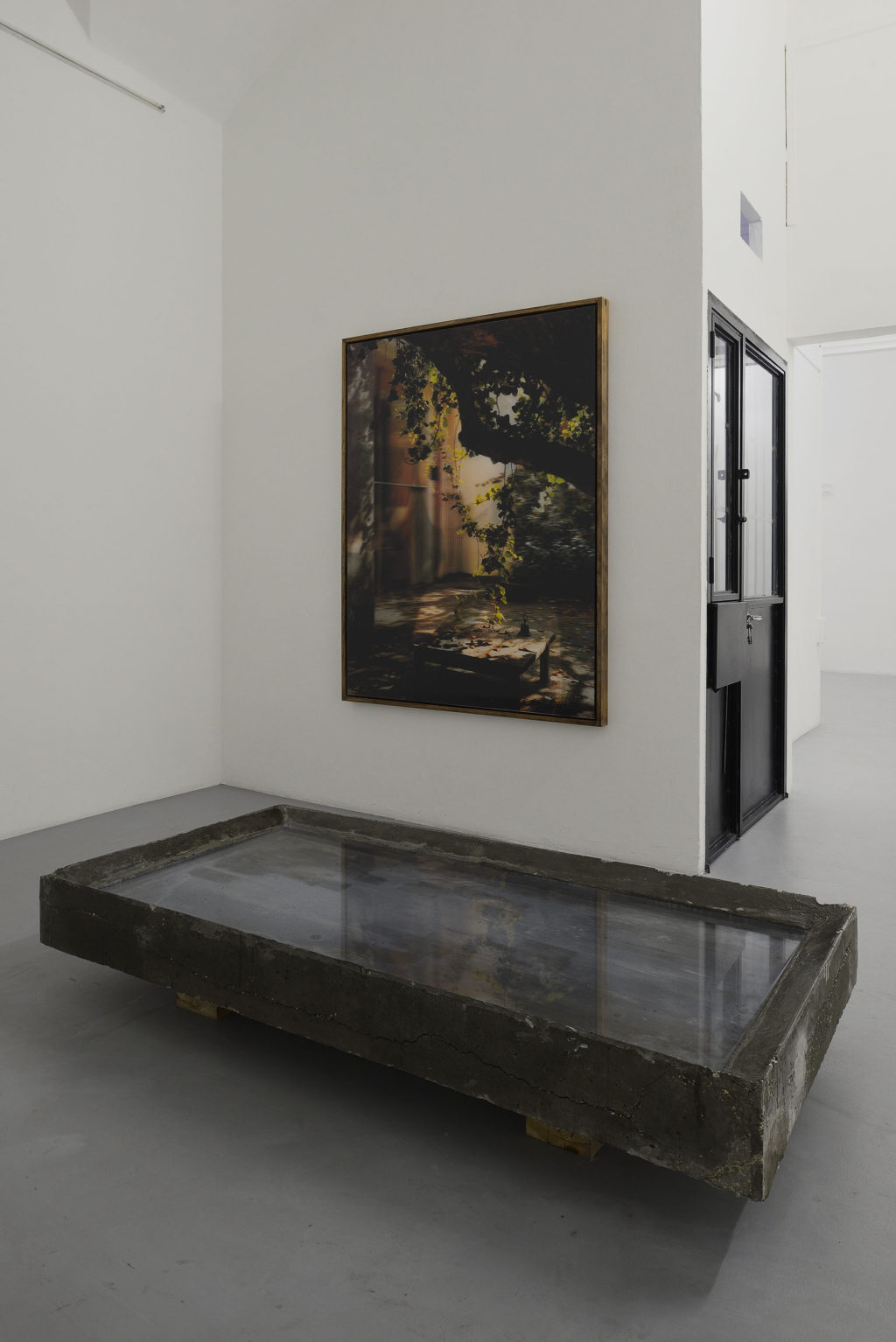 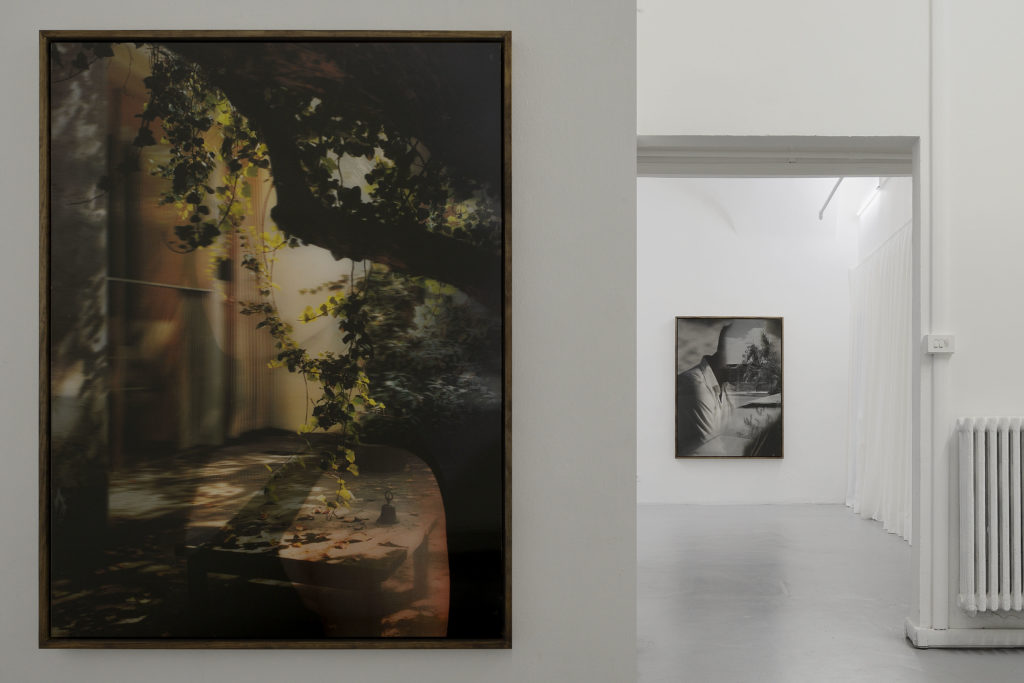 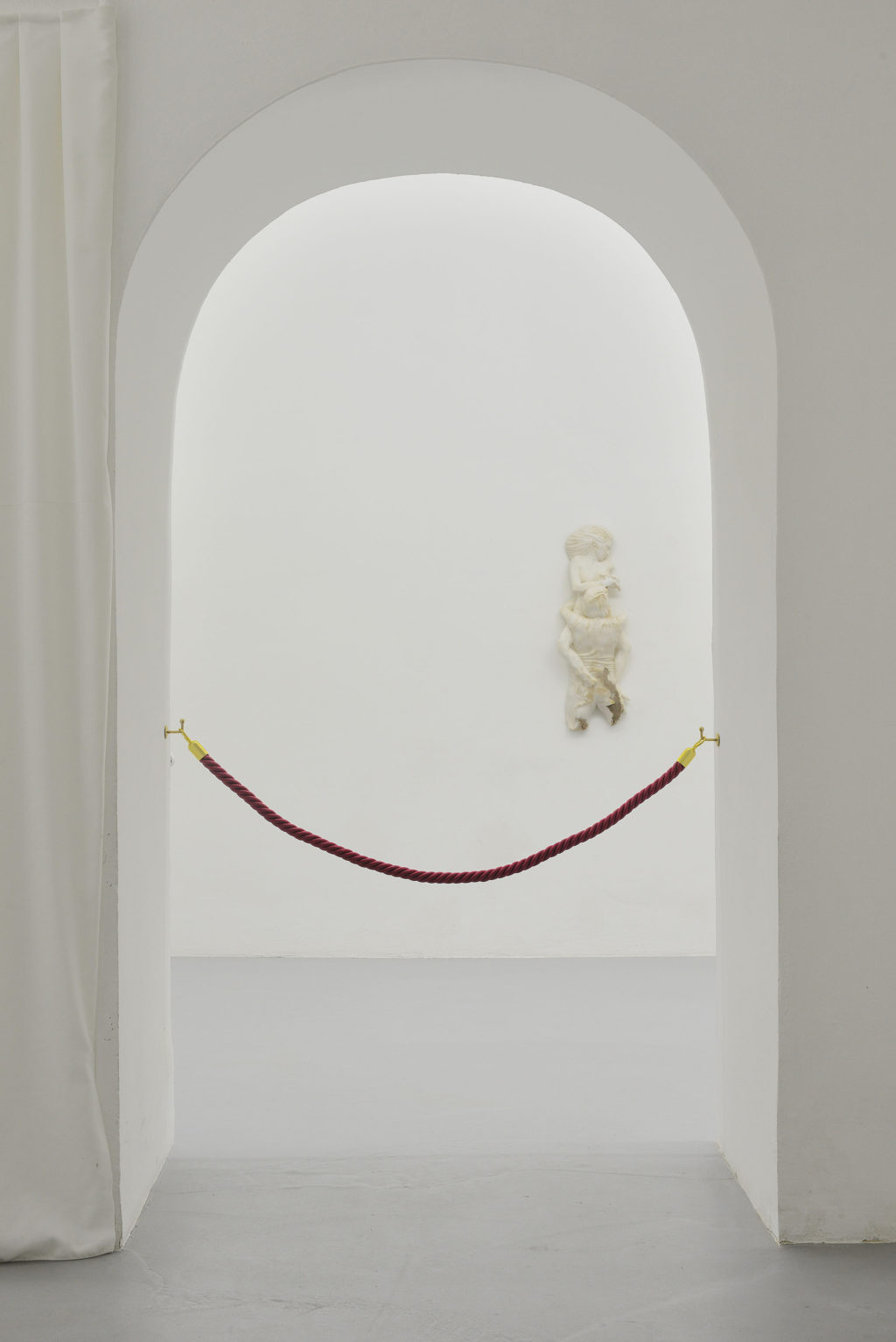