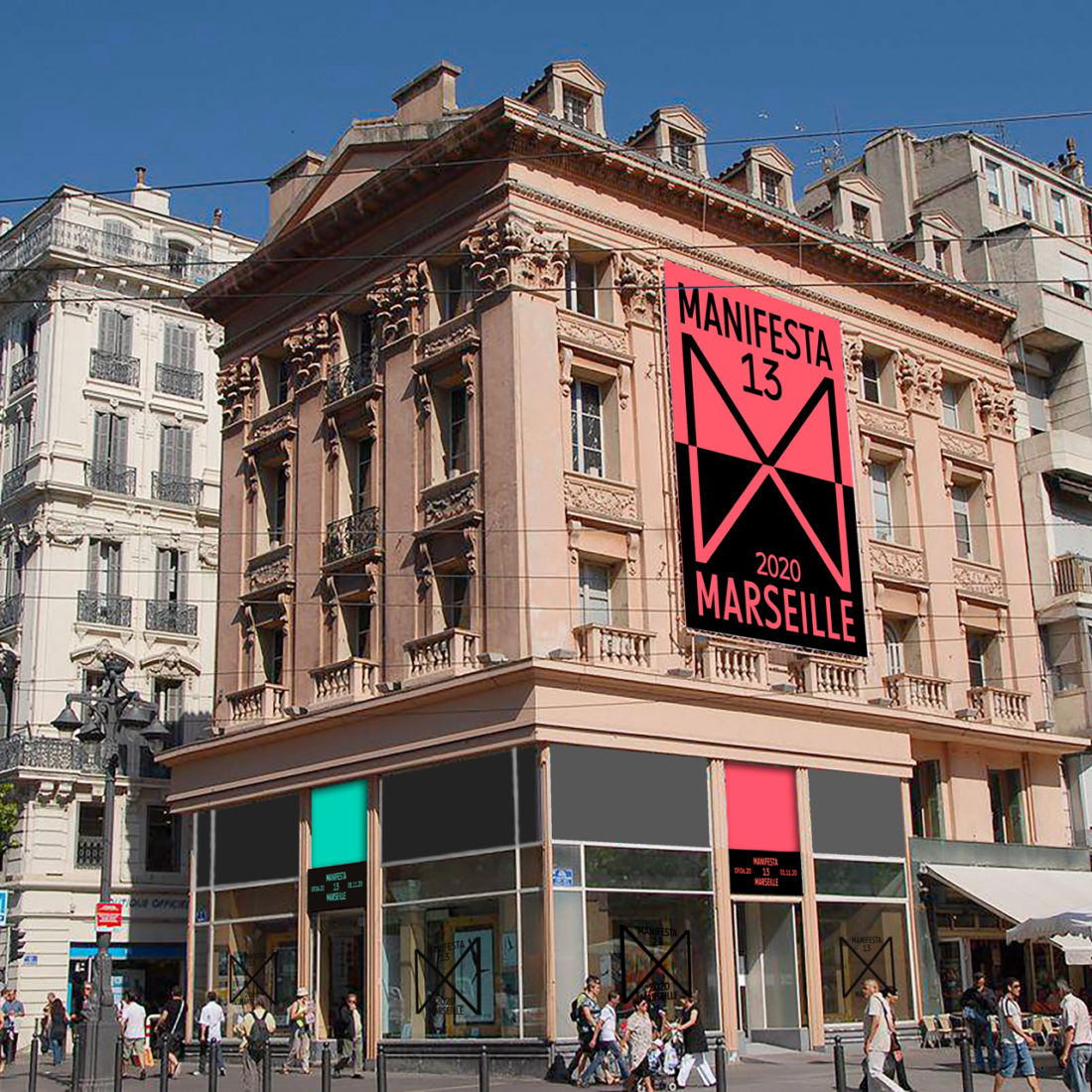 Manifesta 13 Marseille is more than just a series of exhibitions and has sought out collaborations with citizens across multiple disciplines to emphasise the potentials that exist in the local context. This is why the biennial commissioned an urban study of Marseille that is now presented as the publication Le Grand Puzzle, conceived by Rotterdam-based architectural studio MVRDV and The Why Factory. The research reveals Marseille’s specificities, possibilities, dreams, necessities and complexities, resulting in a multi-narrated, mosaic-like grand puzzle. Le Grand Puzzle is a tool for citizens to rethink the potential of their city and illustrates different possibilities for new and more accessible urban landscapes.

Following on from this research, Hedwig Fijen and Winy Maas invited two local city makers, Joke Quintens and Tarik Gezhali, to use the leading themes of Le Grand Puzzle as a point of departure for the development of a deliberative process consisting of 22 citizens’ workshops entitled Le Tour de Tous les Possibles, which brought together roughly 500 citizens from a variety of backgrounds to discuss societal, environmental and cultural issues directly derived from the narratives, data and analyses of Le Grand Puzzle. This pre-biennial format is meant to inspire Marseille’s citizens to experience their city differently and hopes to contribute to a deeper understanding of the city’s urban realities as well as its cultural, social and geo-political complexities. The workshops will be continued during the biennial period until November 2020.

Manifesta 13 Marseille welcomes audiences and participants to its three programmes: the central programme Traits d’union.s; its education and mediation programme Le Tiers Programme and the collateral programme Les Parallèles du Sud, from the 28th of August until the 29th of November 2020. The biennial will be constantly evolving throughout its entire duration. The story of Manifesta 13 Marseille is that of passages, or as the title of the central programme suggests, that of hyphens, between one world and the other: Traits d’union.s.

By taking the ‘Condicio Marseillaise’ as its starting point, Manifesta 13 sets relationships into play between its local and international participants. Though Marseille’s conditions are truly special, they also relate to similar conditions elsewhere in the world. Consider the housing crisis, the ecological crisis, prevailing social inequalities or indeed the pandemic that connects us all.

The Artistic Team (Katerina Chuchalina, Chief curator V-A-C Foundation in Moscow and Venice; Stefan Kalmár, Director ICA in London; Alya Sebti, Director of ifa Gallery, Berlin) of Manifesta 13 Marseille’s central exhibition Traits d’union.s worked with 46 participants and created an exhibition devised into 6 plots: The Home, The Refuge, The Almshouse, The Port, The Park and The School. These plots opened successively from the 28th of August until 9th of October, after which they will be on view concurrently until the 29th of November 2020. The first plot opening on the 28th of August was The Home, Rentals, Experiences, Places at Musée Grobet-Labadié with works by Black Quantum Futurism (Collective, US), Martine Derain (1960, FR), Lukas Duwenhögger (1956,DE), Jana Euler (1982, DE), Ken Okiishi (1968, US), Cameron Rowland (1988, US), Reena Spaulings (Collectif, US), Arseny Zhilyaev (1984, RU), Samia Henni (1980, DZ/CH), Noailles Debout (Collective,FR).

Le Tiers Programme, the education and mediation programme, has been constructed by Manifesta 13 Marseille’s Education and Mediation Department led by Yana Klichuk and Joana Monbaron. The programme is a set of interrelated research- based projects that have been born out of encounters with a variety of local actors, ranging from inhabitants to artists and that will delve into histories and present realities of the city.

On the 28th of August, Le Tiers Programme opened the sixth exhibition of “Invisible Archives” with historical B-Vice Sound Musical School and Eva Doumbia along with Famoudou Don Moye.

Analogue to Le Tiers Programme and Traits d’union.s is Les Parallèles du Sud, a programme in which local cultural institutions, galleries and artists are co-curating and co-producing projects with international partners. Visitors are welcomed to over 80 projects of Les Parallèles du Sud in Marseille and across the Region Sud from the 28th of August to the 29th of November 2020.

The Public Programme of Manifesta 13 Marseille is inhabited by the Sonic, the Visual, the Poetic and the Political. It considers Marseille and the Mediterranean from multiversal perspectives as a place for the transfer of goods, people, knowledge and ideas in order to address the question: How to build future(s) and enable world-making on a more common and just basis?

The Public Programme of Manifesta 13 Marseille consists of three components: a film programme in collaboration with Videodrome 2, a sound programme together with Radio Grenouille and meetings at Centre de la Vieille Charité and IMéRA.

The tours of Manifesta 13 in Marseille offer a critical perspective on how cultural institutions function as sites of knowledge production and representational power. Our mediators guide the visitors through the Manifesta 13 projects placed within museum collections, together deconstructing dominant storylines and searching for unrepresented narratives.

Manifesta 13, due to the Covid-19 restriction is, for the moment, experienced through a digital format: www.manifesta13.org/tours

Manifesta 13 Marseille is a co-production between the Foundation Manifesta in Amsterdam and the City of Marseille and has been made possible thanks to the most generous support of multiple public partners, grants organisations and private supporters.

Manifesta, the European Nomadic Biennial, originated in the early 1990s in response to the political, economic, and social changes following the end of the Cold War and the subsequent steps towards European integration. Manifesta has developed into a platform for dialogue between art and society by inviting the cultural and artistic community to produce new creative experiences with, and for, the context in which it takes place. Manifesta rethinks the relations between culture and society investigating and catalysing positive social change in Europe through contemporary culture in a continuous dialogue with the social sphere of a specific place.

Manifesta was founded, and is still directed, by art historian Hedwig Fijen. Each new edition is funded individually and managed by a permanent team of international specialists. 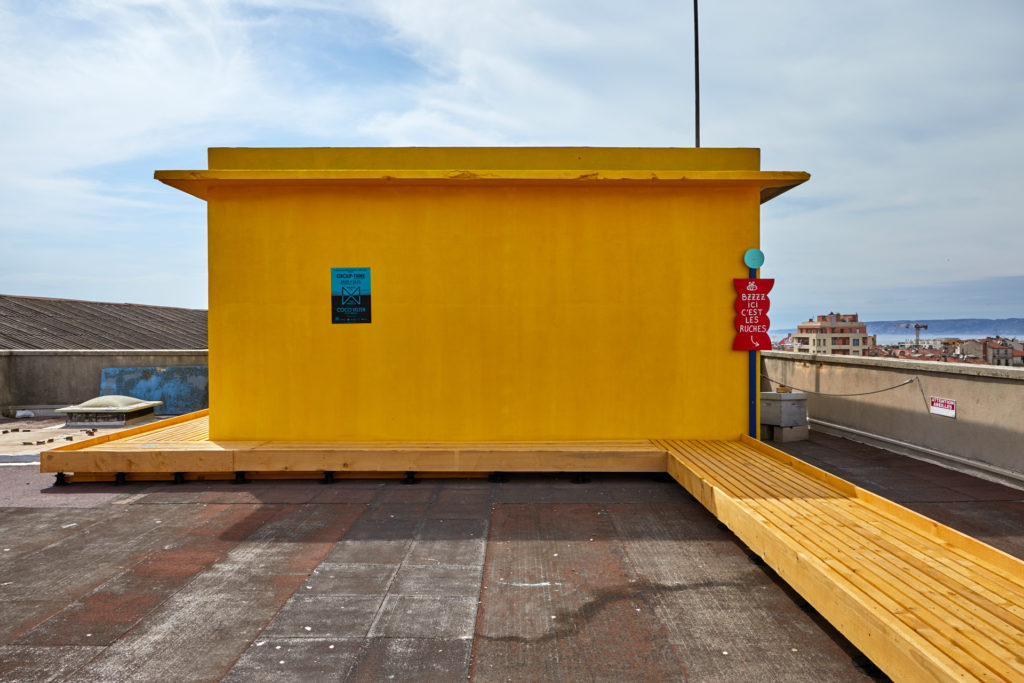 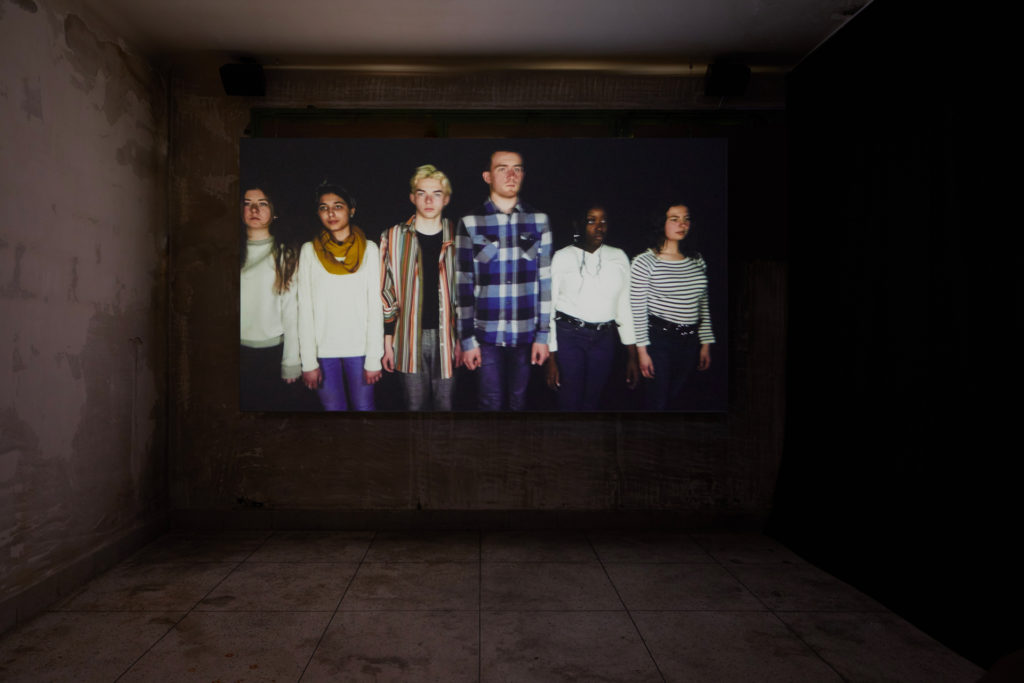 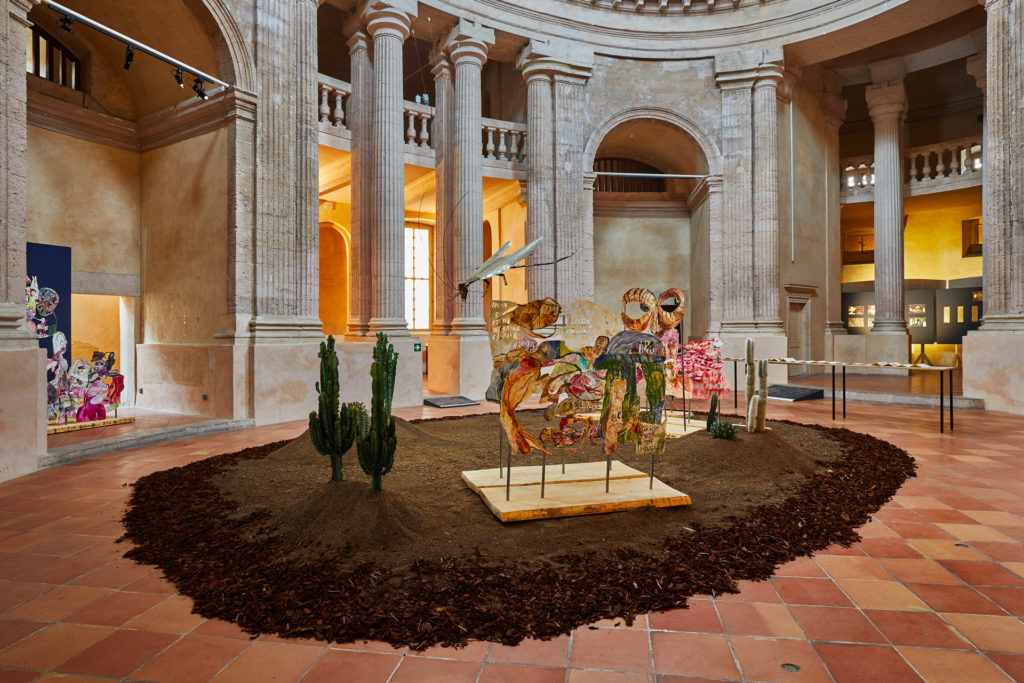 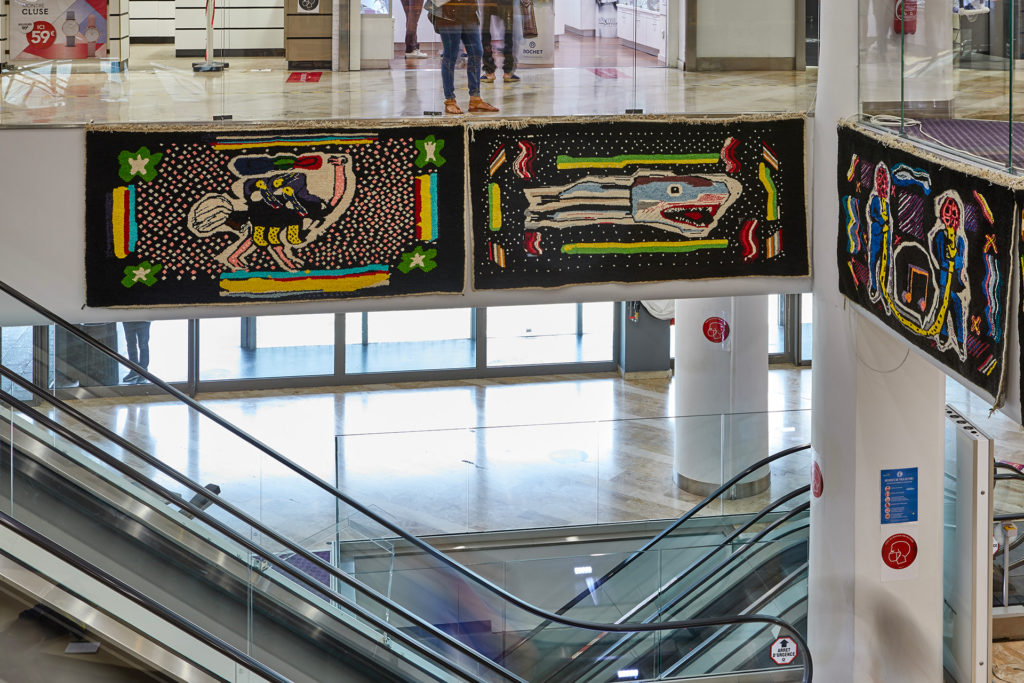 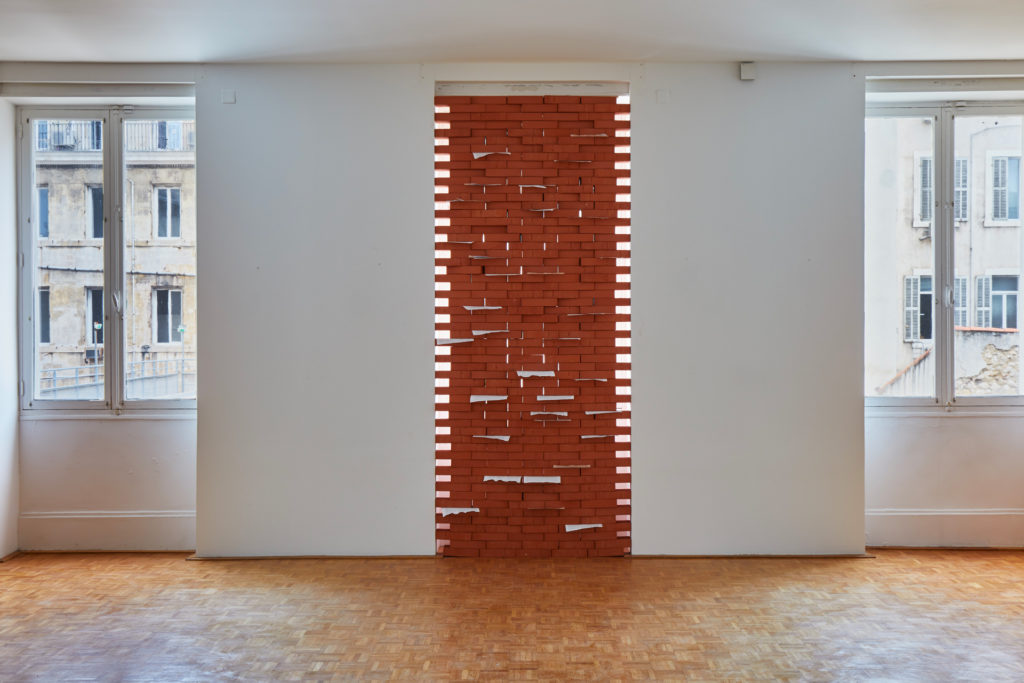 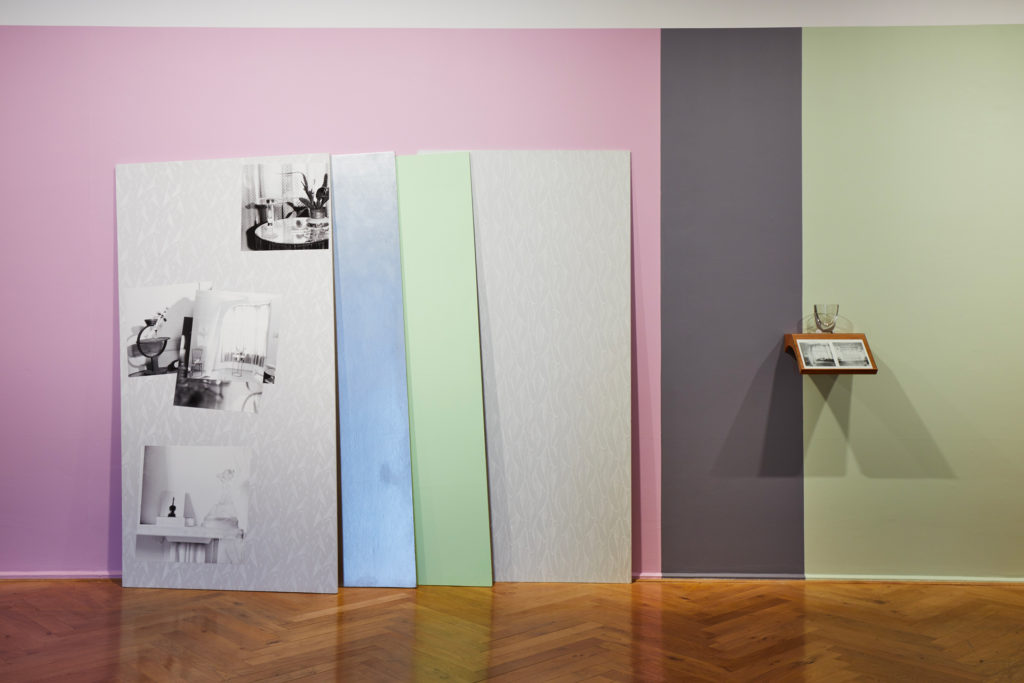 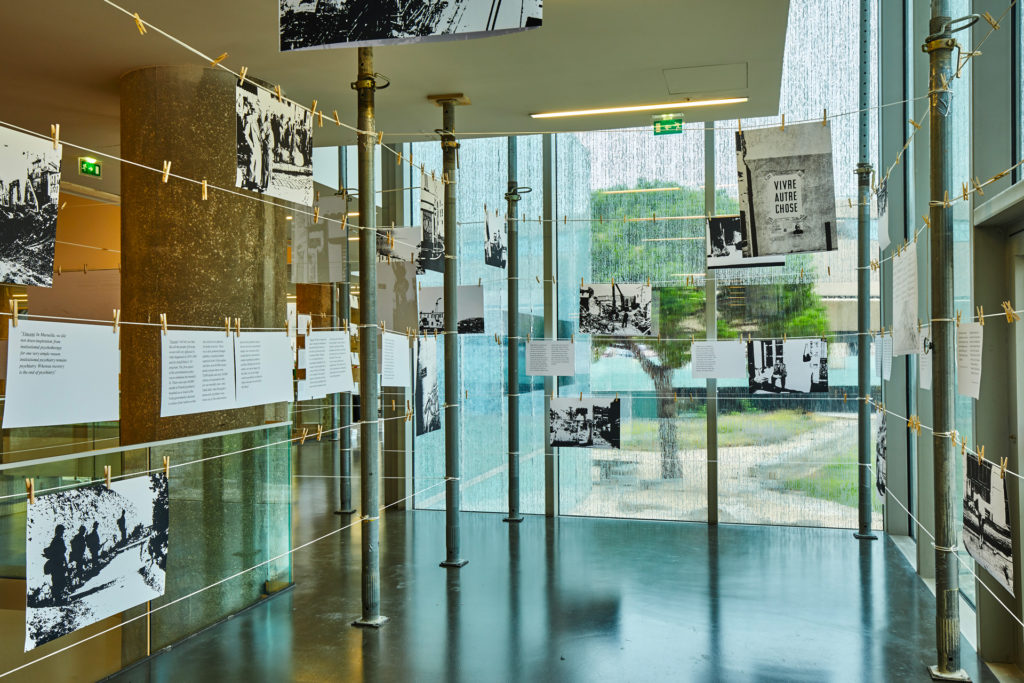